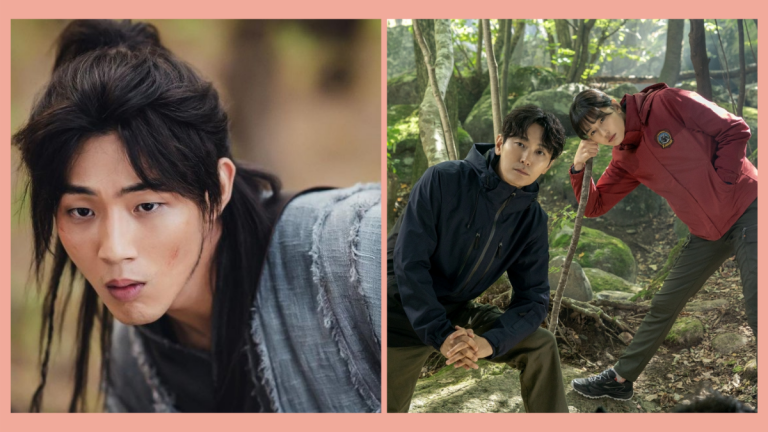 Which of these K-dramas will you be watching out for?

2020 has been the year that a lot of people got into K-dramas or fell even deeper into the K-drama hole. And with the new year, we bet that we’re all just going to get reeled into more dramas this year, especially with the line-up of titles that will be airing not only on TV, but also on streaming sites.

To get you excited for all the content which are to come in the following months, we’re giving you a rundown of some of 2021’s highly-anticipated K-dramas.

L.U.C.A.: The Beginning is about Ji Oh, a man with no recollection of who he is, who is being chased by mysterious figures because of his special power. Gu Reum, on the other hand, is a detective whose parents disappeared when she was young. Her life changes when she meets Ji Oh.

Sisyphus: The Myth is about Han Tae Sul, a genius engineer who co-founded Quantum and Time and is known for having the highest level of coding skills. Things change for him when he learns the truth about his brother’s death, which leads him to go on a dangerous journey.

Dear.M is the story campus-wide search for “M” — a mysterious individual who’s mentioned in an anonymous post on the university’s online community. The drama shows the relationships and romances between different characters in the midst of the mystery surrounding “M.”

River Where the Moon Rises
KBS

River Where the Moon Rises is the retelling of the love story between Pyeong Gang and On Dal — characters of a classic Goguryeo folktale. Kim So Hyun plays Pyeong Gang, a princess who’s raised to be a soldier and dreams of becoming the first woman to lead Goguryeo. To achieve this goal, she uses the feelings of Ji Soo’s On Dal to her advantage, making him do sacrifices for her.

Kingdom: Ashin of the North
Netflix

This special episode is about Ashin, the mysterious character Lee Chang and his group encountered when trying to learn the origin of the plague. It will explain what happened to her in the northern region, and uncover the origin of the resurrection plant.

ALSO READ
ICYMI: ‘Kingdom: Ashin of the North’, the Side Episode to ‘Kingdom’ is Coming To Netflix Soon

From Yeon Sang Ho, the director who gave us Train to Busan, comes Hellbound, a drama set in a world where supernatural creatures appear and drag humans to hell. The drama is based on the webtoon Jiok, which is available on Naver (untranslated).

The Silent Sea is a series set in the future, when earth has gone through desertification. It centers on a team who must retrieve a mysterious sample from an abandoned facility on the moon. It’s based on a short directed by Choi Han Young, who will also be directing the series.

This new drama centers on Kim Sa Ram, a man who was born between the dark and the light and is fated to ruin things. He forms a relationship with Tak Dong Gyun, a woman with a fierce desire to live, who drags him into her life.

The second season picks up right where the first season ended. It centers on 5 long-time friends who all met in the same medical school 20 years ago and are now colleagues in the same hospital. The drama follows these doctors as they go through their professional and personal lives while dealing with love, family, and their newly-reunited college band.

A drama based on the webtoon called “Mobeom Taxi,” Taxi Driver is about a mysterious taxi service company offering services where they take revenge for the victims who are unable to get justice from the law.

You can check out the untranslated webtoon here.

Joseon Exorcist is set during the start of the Joseon Dynasty, and is about the dead people who come back to life after being killed by the royal family. It’s about King Taejong and his two sons who fight and exorcise the evil spirits to save Joseon.

OCN confirmed back in October that the mystery-thriller drama Voice will be returning for season 4 this year, although no concrete details has been decided yet. The drama , which first aired in 2017, is about an emergency call center and its employees who fight crime using only the information from the calls they receive.

The makjang drama The Penthouse: War in Life will also be returning for season 2 this year, according to SBS. Its first season revolves around the residents of Hera Palace, who are all harboring many secrets and ambitions. It depicts the residents’ battle for wealth, power, and prestige in one of Seoul’s most coveted penthouse apartment,

Vincenzo centers on Park Joo Hyeong, who goes to Italy when he’s 8 after getting adopted. As an adult, he now goes by the name Vincenzo Casano, who becomes a lawyer and works for the Mafia as a consiglier. Due to the war between mafia groups, he returns to South Korea, where he gets involved with the lawyer Hong Cha Young.

Set in 1987 Seoul, Snowdrop tells the love story of Im Soo Ho — a university student who rushes into a female dorm covered in blood one day — and Eun Young Cho — a lovable student who takes care of his wounds despite knowing the danger she might face under close surveillance.

The drama is based on the handwritten notes of a man who escaped a North Korean prison camp.

Cliffhanger is a mystery drama centering on park rangers whose job is to rescue people at Mount Jiri. Jun Ji Hyun plays Seo Yi Kang, a top ranger who knows everything about how to navigate the National Park. Ju Ji Hoon, on the other hand, plays Kang Hyun Jo, a military academy graduate who eventually becomes Yi Kang’s partner.

D.P. — short for “Deserter Pursuit” — is about a young army private who ends up getting caught in a complicated situation after he unexpectedly beomes a desertion arrest officer. The drama is based on the original webtoon by Kim Bo Tong.

Set in Madrid, the ssSpanish drama follows a man known only as “The Professor” who recruits 8 people – all with cities for code names – to carry out the mission of entering the Royal Mint of Spain and escape with 2.4 billion Euros. The upcoming Korean remake will breathe new life into the storyline that Netflix’s global audience is already familiar with.

Mouse is about Jung Ba Reum, a justice-seeking rookie police offer who comes face to face with the serial killer that brought fear to the entire nation.

My Roommate is a Gumiho
TVN

My Roommate is a Gumiho is another drama that’s based on a Korean webtoon. It centers on Jang Ki Yong’s Shin Woo Yeo, a gumiho who’s spent the last 999 years trying to attain his human form. Just as he is about to become one, he meets Lee Dam, who accidentally swallows the marble he needs to be able to transform. To figure out how to get the pearl out of her body, they end up living together for three months, which brings unexpected consequences to the both of them.

Like a Butterfly is about an old man namd Duk Chool, who begins to learn ballet at the age of 70, and Chae Rook, a 23-year-old ballerino who gets lost while chasing his dreams. The drama is about the growth of people and how they pursue their dreams.

Which of these 2021 K-dramas are you most excited to watch? Share it with us in the comments!