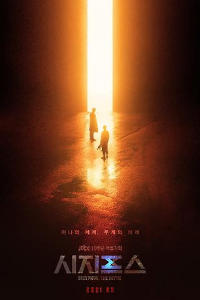 Sisyphus: The Myth is an upcoming South Korean television series starring Cho Seung-woo and Park Shin-hye. Labeled as "JTBC's 10th Anniversary Special Drama", it is scheduled to premiere in February 2021.

Sisyphus: The Myth tells the story of a genius engineer named Han Tae-sul who tries to uncover the truth behind his older brother's death, and an elite warrior called Kang Seo-hae who travels back in time to help him.