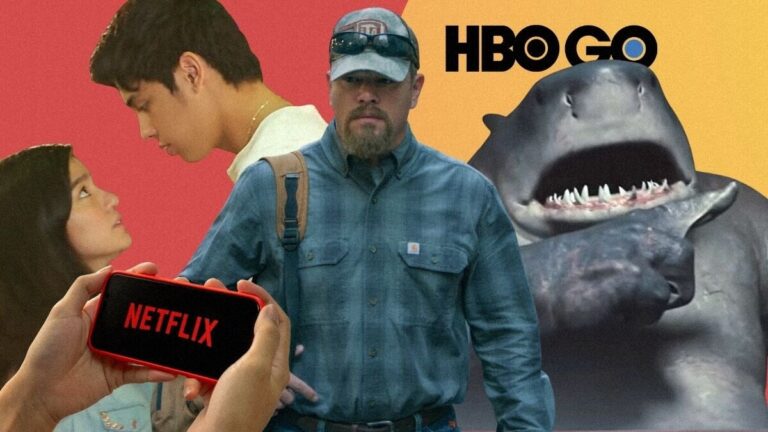 Looking for the latest online releases on Netflix, HBO Go, Upstream, and other streaming services here in the Philippines? This weekly list has you covered! In our latest roundup of shows and movies going online this week of November 1 to 7, 2021, we have a new drama film starring Matt Damon, a popular Pinoy YA series streaming on Netflix, and more!

Matt Damon stars as an oil-rig roughneck from Oklahoma who moves to France to prove the innocence of his estranged daughter in prison.

He’s Into Her (Series)

This YA series from iWantTFC revolves around the spunky girl Maxpein whose conflict with the basketball varsity captain Deib turns into romance.

The Harder They Fall (Film)

This new Western movie stars Idris Elba and Regina King. It tells the story of an outlaw who reunites with his gang to take revenge on an enemy that just got out of prison.

Doctor Shaun Murphy continues to be faced with new challenges, including the COVID-19 pandemic.

Let Me Be Your Knight (Series)

When a world-famous band vocalist suffers from sleepwalking, a young lady pretending to be a doctor is brought in to secretly treat him, sparking romance between the two.

Ji Yoon-soo is a teacher from a prestigious school, who is dragged into scandalous rumors after helping the problematic student Baek Seung-yoo with his studies. Years later, they meet again as adults to expose the corruption in the school and redeem Yoon-soo’s reputation as a teacher.

Because of an infectious disease outbreak, individuals with diverse backgrounds find themselves trapped inside a high-rise apartment building. Special Police member Yoon Sae-Bom teams up with detective Jung Yi-Hyun to protect the other survivors.

Let Me Be Your Knight