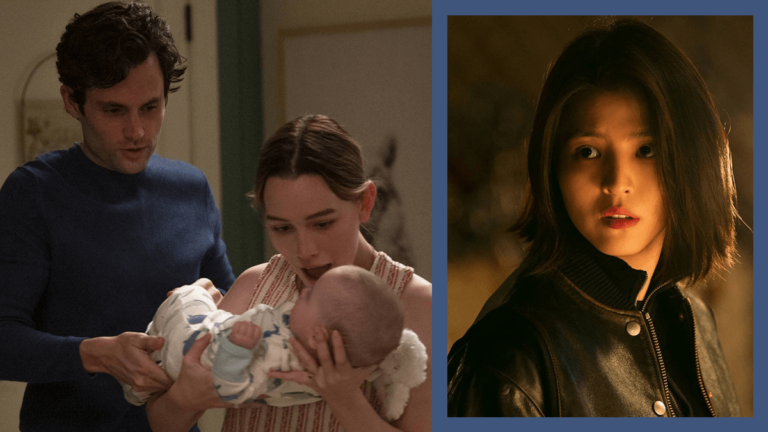 If you’re the kind who needs to plot your binge-watching schedules for the month, worry not, because we’re giving you a rundown of the most awaited shows and films launching on Netflix Philippines this October 2021.

Diana: The Musical is a stage production that celebrates the life of Princess Diana, as well as the legacy she left all over the world. It follows the 19-year-old Diana Spencer, who becomes the most famous woman in the world after her engagement to a prince she barely knows. It also shows her struggles as she adapts to the life of a royal, and how she finds her voice to help those in need. The musical is filmed in advance before its Broadway premiere.

ALSO READ
Here’s What We Know So Far About ‘Diana: The Musical,’ Coming To Netflix This October

Paik’s Spirit features popular Korean chef Paik Jong Won as he sits down with famous Korean personalities and talks about drinking and life. In this reality series, the chef also introduces Korean alcoholic beverages – from the more traditional liquors and rice wine to craft beers — to a global audience.

Signal Rock is a Filipino film about Into, who takes on the task of caring for his parents when his sister moved out to work overseas. Because he lives on a remote island in Samar, the only way he could contact her is by going to a strange rock formation on the island. Christian Bables, Daria Ramirez, Nanding Josef, Mon Confiado and more star in this film by Chito Rono.

The Guilty centers on a troubled police detective demoted to 911 operator duty who must save a distressed caller during a harrowing day of revelations and reckonings. He eventually discovers that nothing is as it seems, and he must face the truth to find the way out. It stars Jake Gyllenhaal, Christina Vidal, Adrian Martinez, and more.

The King’s Affection tells the story of an abandoned female twin who ends up disguising herself as her crown prince brother who passed away. Park Eun Bin plays the disguised crown prince Yi Hwi, whose world changes when she meets Rowoon’s Jung Ji Un during her lectures. The two eventually start falling for each other, leading them to face a destiny that they cannot avoid.

Season 2 of The Baby-Sitters Club will continue to follow founders Kristy, Mary Anne, Claudia, Stacy, and Dawn as they welcome Mallory Pike and Jessi Ramsey to their ranks. The new school year also comes the booming of their business, new relationships, personal journeys, and important lessons. Amidst all of this, the club proves that they’re there for each other every step of the way.

The third season of You takes place after the events of season 2 and will follow Joe as he repairs his relationship with Love, who’s pregnant with his child. The two then decide to move out of Los Angeles to start afresh, and it’s in their new home that Joe finds himself infatuated with their neighbor.

Penn Badgley and Victoria Pedretti will both be coming back to reprise their roles for the third season. It will also feature Saffron Burrows, Scott Speedman, Michaela McManus, Tati Gabrielle, Dylan Arnold, and more.

My Name centers on Ji Woo, a woman who joins a crime ring and becomes an undercover police officer to seek the truth behind her father’s death and find her father’s killer. It stars Han So Hee, Ahn Bo Hyun, Kim Sang-ho, Lee Hak-ju, Jang Yull, and more.

Locke & Key is a magical mystery series that will continue to follow the Locke children as they discover the magical keys that are connected to their father’s deaths. It is based on comics by Joe Hill and Gabriel Rodriguez and stars Darby Stanchfield, Connor Jessup, Emilia Jones, Jackson Robert Scott, and more.

Army of Thieves is the prequel to Zack Snyder’s Army of the Dead and centers on a small-town bank teller Dieter who gets drawn into an adventure when a mysterious woman recruits him to join a crew of Interpol’s most wanted criminals. He must then do a heist on some of the most impossible-to-crack safes across Europe. The film stars Matthia Schweighöfer, Nathalia Emmanuel, Guz Khan, Ruby O. Fee, and more.