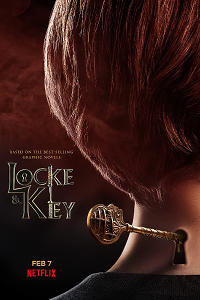 Supernatural, Fantasy, Drama
Be the first to rate this

In March 2020, Netflix announced that the series had been renewed for a second season.

After Rendell Locke is murdered at the hands of former student Sam Lesser, his wife Nina decides to move with her three children Tyler, Kinsey, and Bode from Seattle to Matheson, Massachusetts and take residence in Rendell's family home, Keyhouse. The children soon discover a number of mysterious keys throughout the house that can be used to unlock various doors in magical ways. However, they become aware of a demonic entity that is also searching for the keys for its own malevolent purposes.