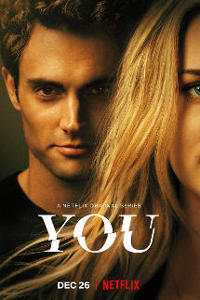 You is an American psychological thriller television series based on the 2014 novel of the same name by Caroline Kepnes. It follows Joe Goldberg, a New York bookstore manager who falls in love with a customer named Guinevere Beck and quickly becomes obsessed with her. Starring Penn Badgley as Joe and Elizabeth Lail as Beck, the series premiered on Lifetime on September 9, 2018. Lifetime announced that You had been renewed for a second season on July 26, 2018, ahead of the series premiere. On December 3, 2018, it was announced that beginning with the second season the series would move to Netflix as a global original.