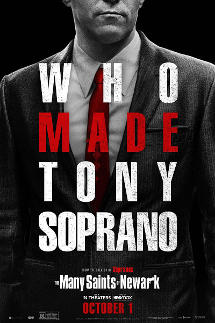 Crime, Drama
Be the first to rate this

Revisit the exciting world of the award-winning HBO drama series The Sopranos in this movie prequel. Set in the explosive 1960s in midst of the Newark riots, it follows the lives of gang members from African American and Italian communities. Often at each other’s throats, their dangerous rivalries quickly turn lethal. Shot on location in New Jersey and New York, several beloved characters from the original series that inspired the film are featured in the movie.