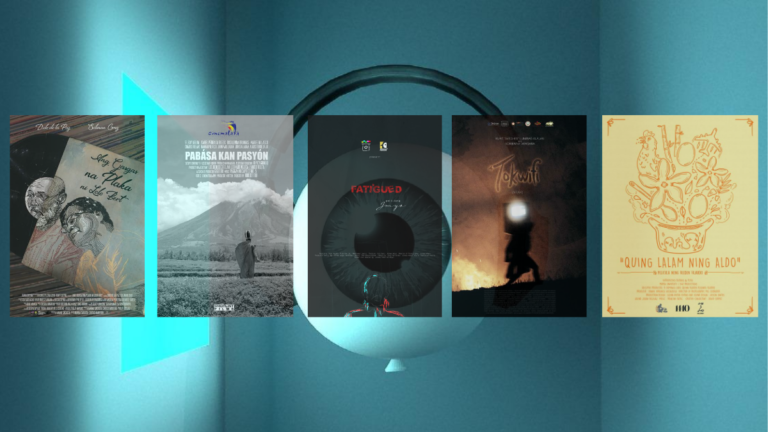 The country's biggest independent film festival is now online! You can now stream the 10 short films in competition.

All five films of Set A of the competition shorts of Cinemalaya 2020 can all boast of exquisite cinematography, which makes it heartbreaking that we are watching these films in our homes on computer screens or cell phones rather than the big screen at the CCP. Three of the five shorts (Pabasa Kan Pasyon, Tokwifi, Quing Lalam Ning Aldo) feature breathtaking locations that amplify their respective films’ breadth and scope, while one film (Ang Gasgas na Plaka ni Lolo Bert) makes excellent use of the contrast between empty and confined spaces, and the last film (Fatigued) is made for watching in the cinema, conceptualised for the communal experience of the movie theater.

I’m happy for the amount of diversity in these first five short films in gender representation, regional languages and culture, and breaking the boundaries and re-imagining cinematic storytelling.

All Cinemalaya 2020 competition shorts are available to stream online via Vimeo until August 16, 2020. Access on up to five films are priced P75 while full access to the Cinemalaya festival, including all films and other features, is priced P350. Get your tickets here. Visit www.cinemalaya.org for more information.

Despite its exquisite cinematography from Director of Photography Philip Vargas and an interesting performance by Dido Dela Paz, ‘Ang Gasgas na Plaka ni Lolo Bert’ is a quiet short film that never really fully commits to its narrative potential. Dido Dela Paz plays Lolo Bert, a middle-aged man who lives alone in an old house. His solitude is disturbed by the sudden arrival of a package that invokes a desire to revisit old memories.

Hidden in this quiet little film is a surprising love story that feels under-developed. The thematic switch from a story about loneliness into a love story is not fully realised and is played as a rug-pull rather than an inevitable revelation. The crux of the surprise reveal relies on a second character, a record store owner played by Soliman Cruz, whose interplay with Dido Dela Paz doesn’t feel organic. The two actors are approaching the material in two different frequencies that they don’t really click which is necessary for the landing of the ending to take place.

‘Ang Gasgas na Plaka ni Lolo Bert’ is needlessly slow and the movie doesn’t really start until Lolo Bert goes to the record store to fix the broken vinyl record. And the space between its start until its end doesn’t delve into the characters as much that the ending feels forced.