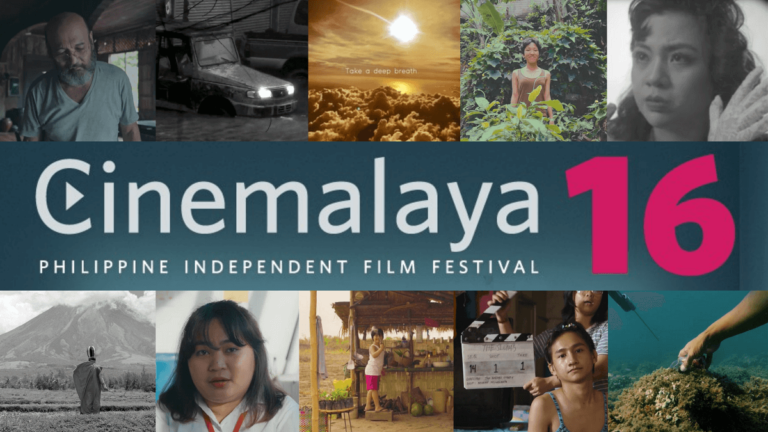 The filmmakers also explain the messages they wanted to convey with their films!

The much-awaited Cinemalaya Independent Film Festival will push through with its 16th run this year on August 7 to 16. And like many other big events during this time of quarantine, it will be screening on an online platform. Besides its virtual jump, Cinemalaya also changes its usual roster by putting the short films on spotlight.

Ten short films, with lengths ranging from 10 to 20 minutes each, are competing for the main competition this year. Alongside these films are about a hundred more featured shorts and twenty full-length films.

In an online interview, we got to ask the filmmakers what messages they wanted to convey and the emotions they wanted to evoke among the audiences with their films. With two hours and a half of runtime in total, here’s everything you can expect to feel if you plan to binge this year’s Cinemalaya finalists.

“Life doesn’t always turn out the way you planned it. Sometimes it turns out to be even better.”
– Reeden Fajardo

“It may have to take an indigenous Filipino perspective for women to break free from the cage of men-dependent stereotypes in the media. Also, no matter how mainstream media depicted indigenous Filipinos as savage, primitive people, somehow it is from them where we should learn about how to deal with the world. They hold many wonderful lessons, and it is up to us to rediscover their wisdom.”
– Carla Pulido Ocampo

“We want to tell our audience that people’s deeds affect nature, and nature’s response towards our actions affects us; thus we coexist with it so we should keep taking care of it.”
– Richard Salvadico

“We want to tell them that the environment plays a vital role in our lives, and that instead of its destruction we should be the environment’s stewards.”
– Kat Sumagaysay

“Contractualization is an injustice to the hardworking Filipino laborers. They deserve better.”
– Sonny Calvento

“We are all playing in this game of life, we’re just on different kinds of levels. Living the same hell, just different devils. The good thing is we can pause, take a rest and relive the precious memories in our lives. And to win, we just continue to hope and dream… because the moment we stop it is the moment we die.”
– James Robin Mayo

“The highlighting of cyclicality. It appears that when it comes to disasters, emergencies, and relief, there is this feeling that the same issue(s) keep recurring. And the silver lining seems to lie within our local community looking out for us. I feel it’s important to listen and share the stories of people and communities who may feel marginalized, neglected and forgotten. Besides the stories I shared in this film, there were many more I had come across, but only had room to choose certain ones in an attempt to give a bigger picture.”
– Joanna Arong

“Marginalized communities suffer from outdated and insensitive generalizations about their identities. The only dignified way to present them and their experiences is by letting them tell their stories themselves.”
– Jan Andrei Cobey

“Pabasa kan pasyon is about family, interests or selfish motives on religion. I wanted to expose the audience to the reality that there are those who make money off other people’s faith.”
– Hubert Tibi

“In the middle of this collective grief, we’re in right now, we wish to be able to give comfort to people. As we are all feeling the isolation and anxiety, especially with the onslaught of daily bad news, we hope that this film brings us a sense of togetherness.”
– Janina Gacosta

“A lot of PHLIV are still experiencing discrimination due to misconceptions and myths here in our country. We want them to know that they are not alone in their struggles. HIV is not a death sentence and the stigma should stop.”
– Cheska Marfori

You can access all of these films and everything this year’s Cinemalaya has to offer for only P350. They also offer a bundle of five films for a price of P75.