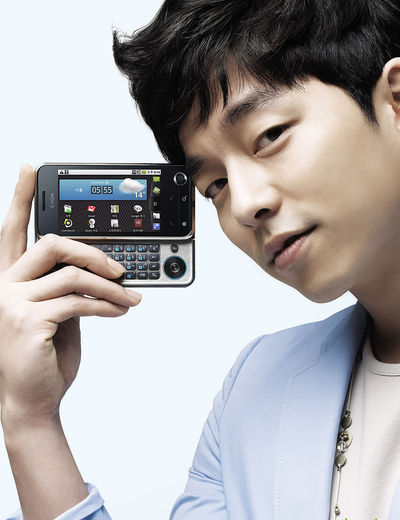 Gong graduated with B.A. Theater degree at Kyung Hee University. He started his showbusiness career with bit parts in dramas and films. In 2005, he landed his first lead role in SBS's Biscuit Teacher and Star Candy opposite Gong Hyo-jin. His acting talent caught the attention of casting directors and audiences, with critics stating that he is an actor to watch for. Gong Yoo was then cast in MBC romantic comedy The 1st Shop of Coffee Prince, which became his breakout role. The popularity of the drama not only solidified his status as a leading man, but also made him a hallyu star.

He then initiated and pursued production of a theatrical adaptation of Gong Ji-young's novel The Crucible, a gift from his senior as congratulations for his promotion during enlistment. This movie was internationally released under the title Silenced. Upon its release on September 22, 2011, the film sparked public outrage. This led to a reopening of the investigations into the incidents on which the novel and film are based. Public demand for legislative reform reached the National Assembly, where a revised bill to target sex crimes against minors and the disabled, dubbed the Dogani Bill after the Korean title of the film, was successfully passed in late October 2011.

Gong Yoo then starred opposite Lee Min-jung in the romantic-comedy series Big written by the Hong Sisters. Although the drama was initially well-received and anticipated, it was later heavily criticized for its ending.

In 2013, he returned to the big screen after a two-year gap in the movie The Suspect. He played an elite North Korean spy who defects after being betrayed by his country.

On November 2013, Gong Yoo was appointed as a special representative of the United Nations Children’s Fund (UNICEF) in Korea, in conjunction with a celebration of the 24th year since the Convention on the Rights of the Child (CRC) was adopted. Following his appointment, he will visit countries around the world to raise awareness of the situation of children in underdeveloped countries.

On July 7, 2014, Gong Yoo was named as an ambassador for the National Tax Service, alongside actress Ha Ji-won. For the next two years, they will model for promotional posters and take part in street campaigns that encourage honest tax payment in support of the NTS.

In 2016, Gong Yoo experienced a resurgence in his career. First, he starred in the hugely successful thriller blockbuster Train to Busan, which topped various box office charts and broke the records of first-day admissions previously held by The Admiral: Roaring Currents. He is then announced to be making his long-awaited return to the small screen in Kim Eun-sook's fantasy-romance drama Goblin, starring as the titular goblin.