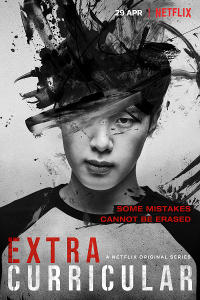 Oh Ji-soo (Kim Dong-hee) is a top student in his class. He runs an illegal business to earn money since he lives separately from his father.

Bae Gyu-ri (Park Ju-hyun) comes from a wealthy family. She is pressured by her parents who want her to take over the family business.

When Gyu-ri learns about Ji-soo's secret, he has no choice but to let her join in. Everything is going well until Seo Min-hee (Jung Da-bin), one of their classmates who is also in the business, gets caught by the police.