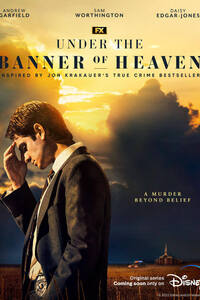 Crime, Drama, Mystery
Be the first to rate this

Under the Banner of Heaven is an American true crime drama television miniseries created by Dustin Lance Black based on the nonfiction book of the same name by Jon Krakauer. It premiered on April 28, 2022, on FX on Hulu. Andrew Garfield and Gil Birmingham star as two detectives investigating a brutal murder seemingly connected to Mormonism. The series, while reigniting controversy in the Mormon faith, received praise from critics.