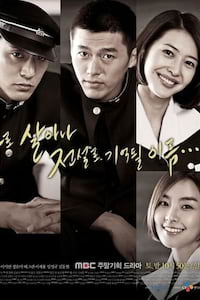 Based on the 2001 film, Friend, Our Legend expands and retells Kwak Kyung-taek's semi-autobiographical rough-and-tumble tale about four childhood friends coming of age in the tough streets of Busan in the 1970s and 1980s. As they enter into manhood, best friends Dong-soo and Joon-seok become enemies and bitter rivals in the city's underworld of gangs.

It is a remake/TV adaptation of Kwak Kyung-taek's own 2001 box-office hit film Friend. Partnering up with another director and two scriptwriters, Kwak returned to the classic tale of male bonding, adding "more meat," in his words, to the original plot by writing a new character and more in-depth exploration of certain characters' lives, including their romances. Like the original film, the series was shot entirely in Busan. To maintain quality, it was 100% pre-produced before airing, a rarity among Korean dramas.