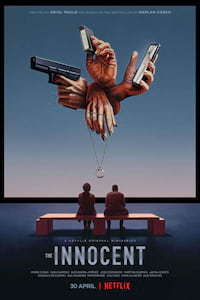 9 years after getting himself involved in a quarrel and accidentally killing a man, Mateo (Mario Casas) attempts to start over with his wife Olivia (Aura Garrido).[2] They will, however, be surprised by new developments that will tear their lives apart again.

[About]
The Innocent is an upcoming Spanish television thriller miniseries directed by Oriol Paulo and based on the Harlan Coben novel of the same name. The show stars Mario Casas, Alexandra Jiménez, Aura Garrido and José Coronado and is set to be released on Netflix on 30 April 2021.