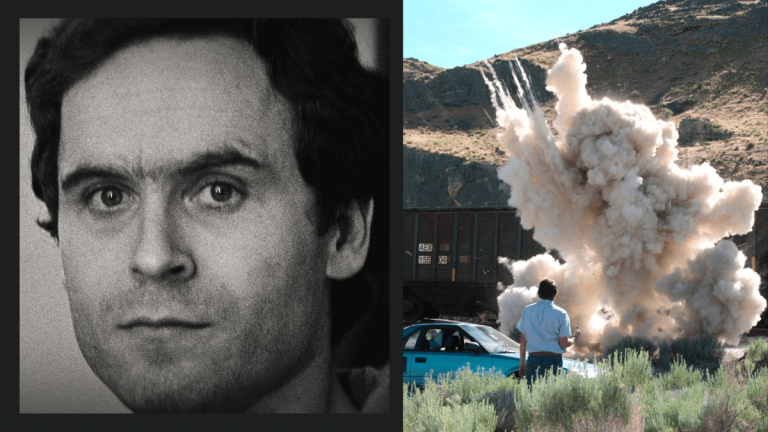 Here are ten titles to check out if you want a quick dive into true crime documentaries!

Through the years, fiction has fueled our fascination with mysterious and macabre crimes. From the literary murders solved by the likes of Sherlock Holmes and Hercule Poirot, to the modern cases from numerous detective shows and films, we always enjoy the thrills of having to figure out ‘whoddunit’ alongside the detective.

But sometimes, real-life crimes are even stranger and more gripping than fiction. This is why the true crime is still a thriving genre today, especially when it comes to documentary films and series.

If you’re a fan of the genre, then this list is for you! We’ve rounded up ten true crime titles that wouldn’t take up too much of your time; meaning you can dive into as much true crime as you want on the weekends, or finish a full movie or series at night before you go to sleep. That is, if you can sleep soundly after watching.

When graphic videos of the same person torturing and killing cats went viral online, internet sleuths try to figure out that person’s identity. But when the kitten killer commits a higher crime, the case becomes a worldwide manhunt. Don’t F**k with Cats is a three-episode limited series on Netflix.

This documentary film tells the story of Paco Larrañaga’s alleged wrongful conviction in 1999. Paco was convicted for the double murder of sisters Marijoy and Jacqueline Chiong when he was only 19 years old. Despite Paco’s alibi, he faced a looming death sentence along with six other men in what was hailed the “trial of the century.” Give Up Tomorrow is available for free streaming on Rappler’s YouTube account.

This documentary film follows the heartbreaking murders of Shannan Watts and her two young daughters back in 2018. Through raw footages from the Watts family and the police, viewers are given a closer look at the disappearance of the three victims, the suspicious response of the father, Chris Watts, and the unraveling of the truth behind the triple-murder case. Watch it now on Netflix.

Abducted in Plain Sight is a harrowing docufilm about the disappearance of the 12-year-old Jan Broberg and her pedophile abductor Robert Berchtold. In this documentary, the family members recount how Berchtold, their neighbor, earned their trust before kidnapping, keeping, and brainwashing the young Jan. The 1-hour film can be streamed on Netflix.

This 40-minute documentary film is about Juan Catalan, who was tried for the murder of the 16-year-old girl Martha Puebla. The authorities were determined to pin him to the crime based on a single witness, but with a stroke of luck and a comedy TV show, Catalan was able to prove his innocence of the crime. Watch it on Netflix.

The Vanishing at the Cecil Hotel centers on the disappearance and death of Elisa Lam, made more famous by the mysterious final footage of her at the elevator of the Cecil Hotel. This documentary tries to address all the questions surrounding Elisa Lam’s death, including claims of conspiracy between the hotel management and authorities. You can stream the four-episode docuseries on Netflix.

Murder Among The Mormons

This documentary examines the bombings in Salt Lake City, Utah where two members of the Latter-day Saints community were killed. The crimes mysteriously targeted those involved in the trade of Mormon documents, at a time when papers that could taint the people’s faith on the Mormon church are surfacing. The three-episode docuseries is now streaming on Netflix.

Through a series of casting interviews, Casting JonBenét dives into the facts and speculations that surrounded the unsolved murder of six-year-old pageant queen, JonBenét Ramsey in 1996. What made this case even more intriguing is the lineup of suspects, including JonBenét’s parents and her brother. Watch this docufilm now on Netflix.

Conversations with a Killer: The Ted Bundy Tapes

One of the most infamous serial killers in America, Ted Bundy, is the main subject of this documentary. Through a series of archival footage and audio recordings, The Ted Bundy Tapes gives us a glimpse of how this notorious murderer thinks, as he talks about his life and his motives for the murders of more than 30 women. The four-episode docuseries is up for streaming on Netflix.

This documentary recounts how Amanda Knox was convicted and acquitted by the Italian courts for the murder of her roommate Meredith Kercher. Besides the details of the case, the documentary film also focuses on how the media played a part in twisting the public’s perception of Knox, determining her as the true villain through sensationalized reporting. Watch Amanda Knox now on Netflix.

Murder Among the Mormons

Conversations with a Killer: The Ted Bundy Tapes