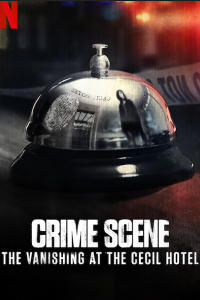 Crime Scene: The Vanishing at the Cecil Hotel (2021)

True Crime, Docuseries
Be the first to rate this

Crime Scene: The Vanishing at the Cecil Hotel is the first season in a new documentary series that deconstructs the mythology and mystery surrounding infamous locations in contemporary crime. For nearly a century the Cecil Hotel in Downtown Los Angeles has been linked to some of the city’s most notorious activity, from untimely deaths to housing serial killers. In 2013 college student Elisa Lam was staying at the Cecil when she vanished, igniting a media frenzy and mobilizing a global community of internet sleuths eager to solve the case. Lam’s disappearance, the latest chapter in the hotel’s complex history, offers a chilling and captivating lens into one of LA’s most nefarious settings.