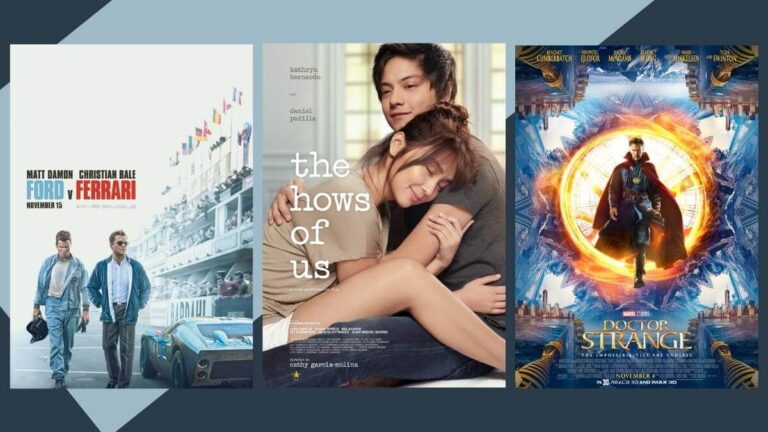 Isn’t it a bummer when you see your favorite movie already playing halfway through when you turn on the TV? Fret not! From rom-com and action to horror and thriller, we’re giving you a heads up on all the must-watch movies on TV from September 28 to October 4, 2020.

2 Fast 2 Furious
(12:35pm, Cinemax)
Brian, a former officer, partners with Roman Pierce, his ex-convict friend. As a part of a deal with the FBI, Brian and Roman have to bring down Verone, a drug lord, to erase their criminal record.

The Shallows
(1pm, FOX Movies)
Nancy travels to a secluded beach following the death of her mother. While surfing, she gets attacked by a great white shark, which leaves her stranded on a rock 200 yards from the shore.

No Other Woman
(2pm, Cinema One)
A woman discovers that her husband is having an affair with a customer’s daughter.

Entourage
(8:25pm, HBO)
When Vince is offered the lead role in a movie by his former agent Ari, he agrees on the condition that he be allowed to direct it. However, after surpassing the budget, Vince asks Ari for more money.

Para Sa Hopeless Romantic
(11am, PBO)
A student writer struggles to find a happy ending to her romantic novel after her real-life romance falls apart.

The Skeleton Key
(12:45pm, Cinemax)
While taking care of her patient, a young live-in nurse in a New Orleans plantation finds herself caught in a web of horror involving morbid hoodoo practitioners.

The Sisterhood of the Traveling Pants
(4pm, HBO)
Four best friends spend their first summer apart. In a bid to stay connected with each other, they pass around a pair of denims that fits each one of them, despite their different body structures.

The Sisterhood of the Traveling Pants 2
(5:55pm, HBO)
Four young women, Tibby, Carmen, Bridget, and Lena, share a deep bond. As time passes they realise that it will take them more than a hurried note or a shared pair of jeans to stay in touch.

Beauty and the Bestie
(9pm, Cinema One)
Undercover agent Emman asks his former best friend Erika to take the place of an abducted beauty pageant contestant while he and his agency hunt for the kidnapping victim.

Alita: Battle Angel
(9pm, FOX Movies)
Alita, a battle cyborg, is revived by Ido, a doctor, who realises that she actually has the soul of a teenager. Alita then sets out to learn about her past and find her true identity.

Charlie’s Angels
(10:05am, HBO)
Natalie, Dylan and Alex are three beautiful and uniquely talented tough girls are given the task of finding the kidnapped owner of Knox Enterprises, Eric Knox, by their millionaire boss, Charlie.

Charlie’s Angels: Full Throttle
(11:40am, HBO)
The Angels track down rings containing the names of those in the FBI’s witness protection programme. However, the witnesses begin to get murdered one by one.

Date Night
(2:50pm, FOX Movies)
Phil and Claire lead a routine, almost dull life of a suburban couple with kids. An attempt to spice up the date night with a bit of excitement and glamour turns into more thrills than they asked for.

House of Wax
(11:25pm, Cinemax)
A group of friends stranded on the way to a football match approach an abandoned wax museum for help. But the events that unfold find them running from the murderous brothers who manage the place.

The Hows of Us
(1pm, Cinema One)
A young couple dream of growing old together as they deal with the struggles of being in a long-term relationship.

Knight and Day
(2:10pm, Cinemax)
June Havens meets Roy Miller, a lethal operative, in an unlikely encounter and gets entangled in his adventures. She falls in love with him and has to figure out if he is a traitor or a good guy.

Doctor Strange
(2:30pm, FOX Movies)
In an accident, Stephen Strange, a famous neurosurgeon, loses the ability to use his hands. He goes to visit the mysterious Ancient One to heal himself and becomes a great sorcerer under her tutelage.

Crazy Rich Asians
(9:50pm, HBO)
Rachel, a professor, dates a man named Nick and looks forward to meeting his family. However, she is shaken up when she learns that Nick belongs to one of the richest families in the country.

The Breakup Playlist
(10am, PBO)
A story about an aspiring professional singer and a rock singer who collaborates in a song. As they work on their song, they start to develop feelings for each other.

The Book Thief
(1:15pm, HBO)
Liesel lives with her foster parents Hans and Rosa Hubermann in Nazi Germany. She finds solace from the horrors around her by stealing books from the mayor’s house to learn new words.

World War Z
(1:35pm, FOX Movies)
Gerry, a former United Nations employee, unexpectedly finds himself in a race against time as he investigates a threatening virus that turns humans into zombies.

X-Men
(2:15pm, Cinemax)
Magneto kidnaps Marie, a young mutant, with the intention of using her powers to destroy humanity. However, the X-Men and Wolverine team up to save her and stop Magneto.

Mean Girls
(5:35pm, HBO)
Cady joins a new public school and befriends Janis and Damian. They warn her to avoid the Plastics, a group led by Regina, but things get worse when she falls in love with Aaron, Regina’s ex-lover.

The Meg
(7:10pm, HBO)
When the members of an underwater research facility are under threat owing to a 75 feet prehistoric shark, Jonas Taylor, a deep sea diver, is hired to save them.

Deep Impact
(7:55pm, Cinemax)
According to predictions, a deadly comet is about to strike Earth and destroy humanity. US President Beck devises a strategy to build a network of caves for accommodating one million Americans.

Aurora
(9:30pm, PBO)
Leana and her younger sister Rita look for missing bodies in the wreckage after a passenger ship runs aground on rocks off an island.

I Love You, Man
(5:55pm, Cinemax)
Peter sets out to find the perfect best man for his wedding. However, the situation takes a drastic turn when his fiancee gets upset about the bond between him and his new best man.

It Takes A Man and A Woman
(9:30pm, PBO)
The relationship between Miggy and Laida didn’t last, and neither did Miggy’s business success. When Laida returns to help with a presentation to MET, old feelings come to the surface.

The Sisterhood of the Traveling Pants 2

I Love You, Man 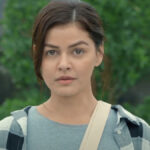