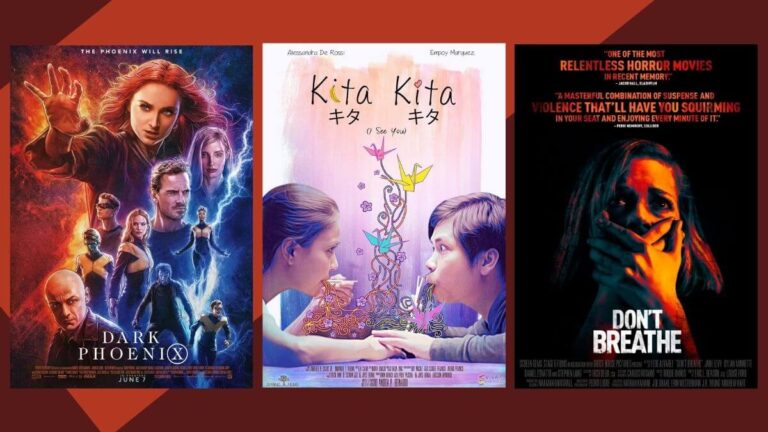 Isn’t it a bummer when you see your favorite movie already playing halfway through when you turn on the TV? Fret not! From rom-com and action to horror and thriller, we’re giving you a heads up on all the must-watch movies on TV from September 14 to 20, 2020.

The Sisterhood of the Traveling Pants
(2:35pm, HBO)
Four best friends spend their first summer apart. In a bid to stay connected with each other, they pass around a pair of denims that fits each one of them, despite their different body structures.

Charlie’s Angels: Full Throttle
(3pm, HBO)
The Angels track down rings containing the names of those in the FBI’s witness protection programme. However, the witnesses begin to get murdered one by one.

Baywatch
(4:55pm, FOX Movies)
Lifeguard Mitch Buchannon and his team discover a drug racket involving businesswoman Victoria Leeds and decide to unearth the truth and bring the perpetrators to justice.

Austin Powers: International Man of Mystery
(8:25pm, Cinemax)
Austin Powers, a cryogenically frozen British spy from the 1960s, is thawed and reinstated when his arch-nemesis Dr. Evil returns from space and terrorizes earth with his evil schemes.

Austin Powers in Goldmember
(10pm, Cinemax)
Austin Powers chases after Dr Evil, Mini-Me and Goldmember through time when they kidnap his father. He stops in 1975 for Foxxy Cleopatra’s help, his ex-girlfriend, and track down the kidnappers.

Hancock
(12:35pm, HBO)
Ray decides to help Hancock, an unpopular superhero, enhance his public image. When Hancock meets Ray’s wife, he discovers that he is not the only one of his kind.

Love You To The Stars And Back
(1pm, Cinema One)
A girl goes on a road trip to find aliens.

Kita Kita
(5:30pm, PBO)
In one horrible moment, her entire world clouds over. It takes an unlikely stranger to help her see its beauty again.

Tron: Legacy
(5:40pm, Cinemax)
Sam misses his father, a virtual world designer, and enters a virtual space that has become much more dangerous than his father intended. Now, both father and son embark upon a life-and-death journey.

We Bare Bears: The Movie
(5:55pm, HBO)
Grizz, Panda and Ice Bear go on the run from a diabolical wildlife agent.

The Karate Kid
(9pm, FOX Movies)
Daniel moves to a new town where he is harassed by boys adept in karate. He decides to learn karate. When Mr. Miyagi starts his training, he learns that there is more to the art form than fighting.

Don’t Breathe
(11:15pm, FOX Movies)
Three delinquents break into the house of Norman, a Gulf War veteran who is blind, to steal his money. However, much to their horror, they discover that Norman is not as defenceless as he seems.

Harry Potter and the Sorcerer’s Stone
(4:20pm, HBO)
Harry Potter, an eleven-year-old orphan, discovers that he is a wizard and is invited to study at Hogwarts. Even as he escapes a dreary life and enters a world of magic, he finds trouble awaiting him.

Captain Phillips
(6:50pm, HBO)
Somali pirates attack Maersk Alabama, a container ship, while it is on its course to Kenya. Richard Phillips, the captain of the ship, uses his wits to negotiate with them to save his crew.

Guardians of the Galaxy Vol. 2
(11:55pm, Cinemax)
After a successful mission, Quill and his team of galactic defenders meet Ego, a man claiming to be Quill’s father. However, they soon learn some disturbing truths about Ego.

Aquaman
(12:50pm, HBO)
Half-human, half-Atlantean Arthur is born with the ability to communicate with marine creatures. He goes on a quest to retrieve the legendary Trident of Atlan and protect the water world.

Alone/Together
(5pm, Cinema One)
It follows the love story of Christine and Raf, who cross paths again eight years after they first met during their college years.

Joker
(9pm, HBO)
Forever alone in a crowd, failed comedian Arthur Fleck seeks connection as he walks the streets of Gotham City. Isolated, bullied, and disregarded by society, Fleck begins a slow descent into madness as he transforms into the criminal mastermind known as The Joker.

Need For Speed
(9pm, FOX Movies)
A street racer is framed by a rival who is also a wealthy business associate in a murder case. Upon his release, the street racer devises a plan with revenge in mind.

Tomb Raider
(9:45pm, HBO)
Lara Croft, a courageous and independent young woman, sets out on a dangerous journey to unravel the truth behind her adventurer father’s mysterious disappearance.