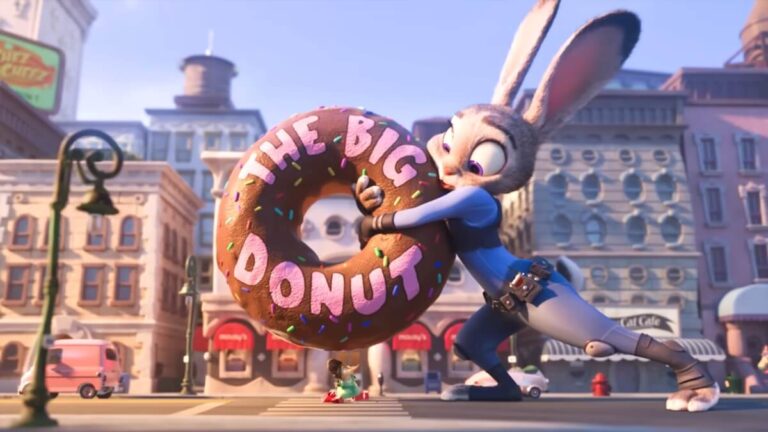 There are only two episodes that I felt actually made the world feel bigger, and both these episodes are working on two different frameworks altogether.

As Disney+ finally opens its doors to the Philippines, there’s going to be a rush to catch up on all the movies and shows and specials that have not been available to us for years now. They have all types from Disney classics to their latest animated features, to the movies and tv series of the Marvel Cinematic Universe, or if you are a fan of the Star Wars franchise, that will be made available to you too. They even have exclusive Kdramas on the platform like ‘Snowdrop,’ ‘Soundtrack #1,’ and the special ‘In the Soop: Friendcation.’

What might be missed in all this hustle and bustle is a bite-sized 6-episode animated limited series called ‘Zootopia+.’ Based on characters from the 2016 animated film ‘Zootopia,’ the short series (each episode runs only for 7 to 9 minutes long) is set during the events of the movie, showcasing the lives of the different characters – from the arctic shrews, to the weasel that the protagonist Judy catches in the film, to the famous sloth civil servant, and even Gazelle’s dancers – that sort of amplifies the world of ‘Zootopia’ and make it bigger.

It’s an interesting concept as the world of the movie is completely big and new and it could do with a little more exploration. Like many of Disney’s animated films, this series boasts of incredible animation and effects. The world of ‘Zootopia’ is filled with so much texture from the different kinds of animals and their fur and hide (or skin). It really depends on the animal. The amount of work that is put into each individual episode is quite incredible. Even at an average of 8 minutes per episode, it shows the kind of dedication they have to the material.

Unfortunately, not all of the six episodes reach a sort of satisfying conclusion that gives them any sort of weight that endears us to the world nor does it make any interesting dissection of society and culture that the movie does.

Four of the six episodes are centered on a single gimmick or novelty that they bleed dry for the entire short duration of the episode. The first is a frenetic, over-the-top chase sequence between Judy’s parents and one of Judy’s younger siblings who has gotten away from them. It has a cute way of highlighting a married couple who are so supportive of each other but other than that, it really does nothing to make the world feel bigger. In fact, the whole length of the short episode manages to make the world of ‘Zootopia’ feel smaller by how it dramatizes the distance between Judy’s hometown and the city of Zootopia.

There’s a story involving Gazelle and a talent contest that is looking for new back-up dancers and it is just a single punchline that you see coming from a mile away. Another episode is of the sloth, Flash, as a dinner guest in a restaurant and it’s the longest episode at 9 minutes and it goes exactly how you imagine it to. There’s a musical episode with Duke, the Weasel, but while it does touch upon the tempting world of petty crimes, it doesn’t say much and in fact makes light of how difficult it is to find redemption.

There are only two episodes that I felt actually made the world feel bigger, and both these episodes are working on two different frameworks altogether.

One episode features Fru Fru, the arctic shrew is part of a television show called ‘The Real Rodents of Rodentia.’ The show is done ala-’The Real Housewives’ and the whole episode parodies the shooting style, the testimonials and confessionals, and even the shallowness of the reality show. It’s a brilliant little gimmick that’s perfectly played out in 7 minutes but what makes it interesting is how it subverts the form – the reality show – and uses it to talk about something deeper and meaningful; something that relates to the themes found in the original movie. Aside from the gimmick, it’s able to add something to the world and to the lore.

On the other side of that coin, the episode involving Mr. Big, the shrew that acts like The Godfather. Taking its cues from the movie ‘The Godfather,’ it shows us a bit of Zootopia history, and of how Rodentia came to be. It’s a wonderful episode that talks about community and the struggles that the smaller animals in Zootopia face in a city filled with animals of different sizes. This episode makes the world of Zootopia bigger (ironically) by showing us the hierarchies of the city and how these are overcome by a spirit of community. It’s something that relates strongly to the movie but it also opens up the world in many interesting ways.

So, while most of the episodes are really light and forgettable one-joke narratives, the proof of the concept works wonderfully in two of the episodes. While the other four merely serve as distracting content, the two episodes that matter really serve as viable companion pieces that can continue to deepen the world of the 2016 movie.

—
Zootopia+ is now streaming on Disney+.