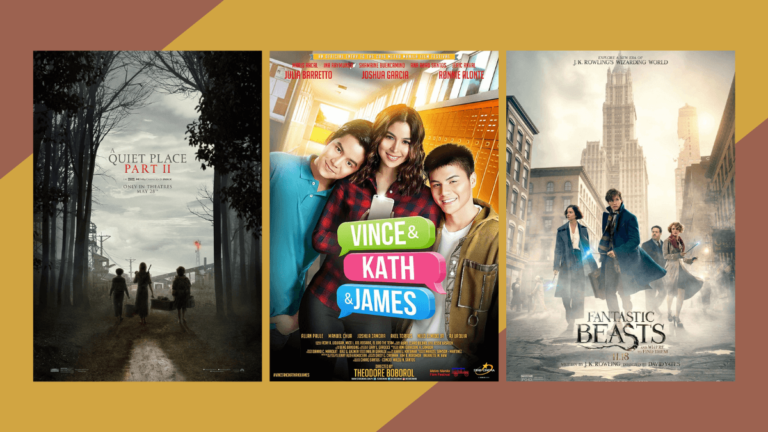 Isn’t it a bummer when you see your favorite movie already playing halfway through when you turn on the TV? Fret not! From rom-com and action to horror and thriller, we’re giving you a heads up on all the must-watch movies on TV from May 23 to 29, 2022.

Crazy, Stupid, Love
(6:05pm, HBO)
Cal Weaver is living the American dream. He has a good job, a beautiful house, great children, and a beautiful wife named Emily. Cal’s seemingly perfect life unravels, however, when he learns that Emily has been unfaithful and wants a divorce. Over 40 and suddenly single, Cal is adrift in the fickle world of dating. Enter, Jacob Palmer, a self-styled player who takes Cal under his wing and teaches him how to be a hit with the ladies.

The Time Traveler’s Wife
(10pm, HBO)
Chicago librarian Henry De Tamble suffers from a rare genetic disorder that causes him to drift uncontrollably back and forth through time. On one of his sojourns, he meets the love of his life, Claire, and they marry. But the problems and complexities of any relationship are multiplied by Henry’s inability to remain in one time and place so that he and his beloved are continually out of sync.

Constantine
(8pm, HBO)
As a suicide survivor, demon hunter John Constantine has literally been to hell and back — and he knows that when he dies, he’s got a one-way ticket to Satan’s realm unless he can earn enough goodwill to climb God’s stairway to heaven. While helping policewoman Angela Dodson investigate her identical twin’s apparent suicide, Constantine becomes caught up in a supernatural plot involving both demonic and angelic forces. Based on the DC/Vertigo “Hellblazer” comics.

Megamind
(5:50pm, HBO)
Though he is the most-brilliant supervillain the world has known, Megamind is the least successful. Thwarted time and again by heroic Metro Man, Megamind is more surprised than anyone when he actually manages to defeat his longtime enemy. But without Metro Man, Megamind has no purpose in life, so he creates a new opponent, who quickly decides that it’s more fun to be a bad guy than a hero.

Top Gun
(6:10pm, Cinemax)
The Top Gun Naval Fighter Weapons School is where the best of the best train to refine their elite flying skills. When hotshot fighter pilot Maverick is sent to the school, his reckless attitude and cocky demeanor put him at odds with the other pilots, especially the cool and collected Iceman. But Maverick isn’t only competing to be the top fighter pilot, he’s also fighting for the attention of his beautiful flight instructor, Charlotte Blackwood.

Babe, I Love You
(7pm, Cinema One)
A wealthy architecture professor falls in love with a working-class woman who works as a promo girl.

Gone Girl
(10:25am, Cinemax)
In Carthage, Mo., former New York-based writer Nick Dunne and his glamorous wife Amy present a portrait of a blissful marriage to the public. However, when Amy goes missing on the couple’s fifth wedding anniversary, Nick becomes the prime suspect in her disappearance. The resulting police pressure and media frenzy cause the Dunnes’ image of a happy union to crumble, leading to tantalizing questions about who Nick and Amy truly are.

Ava
(9pm, HBO)
An assassin becomes marked for death by her own black ops organization after questioning orders and breaking protocol.

I’m Ellenya L.
(5pm, Cinema One)
Ellenya’s life revolves around social media just like a typical millennial; seeking validation from the online society. With aspirations of being a big influencer and vlogger, she chases her dreams by creating a persona and content with the help of her family and friends.

Fantastic Beasts and Where To Find Them
(6:50pm, HBO)
The year is 1926, and Newt Scamander has just completed a global excursion to find and document an extraordinary array of magical creatures. Arriving in New York for a brief stopover, he might have come and gone without incident, were it not for a No-Maj named Jacob, a misplaced magical case, and the escape of some of Newt’s fantastic beasts, which could spell trouble for both the wizarding and No-Maj worlds.

The Hunger Games
(7:40pm, Cinemax)
In what was once North America, the Capitol of Panem maintains its hold on its 12 districts by forcing them each to select a boy and a girl, called Tributes, to compete in a nationally televised event called the Hunger Games. Every citizen must watch as the youths fight to the death until only one remain. District 12 Tribute Katniss Everdeen has little to rely on, other than her hunting skills and sharp instincts, in an arena where she must weigh survival against love.

A Quiet Place Part II
(9pm, HBO)
Following the deadly events at home, the Abbott family must now face the terrors of the outside world as they continue their fight for survival in silence. Forced to venture into the unknown, they quickly realize that the creatures that hunt by sound are not the only threats that lurk beyond the sand path.

Jurassic Park III
(10pm, Cinemax)
After being persuaded by a wealthy businessman to conduct an aerial tour of Isla Sorna, InGen’s second site for a failed Jurassic Park experiment, Dr. Alan Grant discovers the true reason for his invitation. A tragic accident maroons the party of seven, and they must attempt to escape with their lives.

Jack Reacher
(11:35pm, Cinemax)
One morning in an ordinary town, five people are shot dead in a seemingly random attack. All evidence points to a single suspect: an ex-military sniper who is quickly brought into custody. The man’s interrogation yields one statement: Get Jack Reacher. Reacher, an enigmatic ex-Army investigator, believes the authorities have the right man but agrees to help the sniper’s defense attorney. However, the more Reacher delves into the case, the less clear-cut it appears.

The Amazing Praybeyt Benjamin
(1pm, PBO)
After defeating terrorists, Pvt. Benjamin becomes the Philippines’ worldwide sensation, but the attention causes him to neglect his duties and, to remain enlisted, he must become a bodyguard for a misbehaving kid.

Sherlock Holmes
(1pm, HBO)
When a string of brutal murders terrorizes London, it doesn’t take long for legendary detective Sherlock Holmes and his crime-solving partner, Dr. Watson, to find the killer, Lord Blackwood. A devotee of the dark arts, Blackwood has a bigger scheme in mind, and his execution plays right into his plans. The game is afoot when Blackwood seems to rise from the grave, plunging Holmes and Watson into the world of the occult and strange technologies.

Four Sisters and a Wedding
(3pm, Cinema One)
Three sisters reunite to dissuade their younger brother from marrying his fiancee. As they interact, they face the feelings and issues they have kept buried for a long time.

Sherlock Holmes: A Game of Shadows
(3:05pm, HBO)
When Austria’s crown prince is found dead, the evidence seems to point to suicide. However, detective Sherlock Holmes deduces that the prince was murdered and that the crime is but a piece of a puzzle designed by an evil genius named Moriarty. Holmes and his friend Dr. Watson, who is accompanied by a Gypsy whose life Holmes saved, chase Moriarty across Europe in the hope that they can thwart his plot before it can come to fruition.

Assassin’s Creed
(8:05pm, Cinemax)
Cal Lynch travels back in time to 15th-century Spain through a revolutionary technology that unlocks the genetic memories contained in his DNA. There, he lives out the experiences of Aguilar de Nerha, a distant relative who’s also a member of the Assassins, a secret society that fights to protect free will from the power-hungry Templar Order. Transformed by the past, Cal begins to gain the knowledge and physical skills necessary to battle the oppressive organization in the present.

Sherlock Holmes: A Game of Shadows

Fantastic Beasts And Where To Find Them