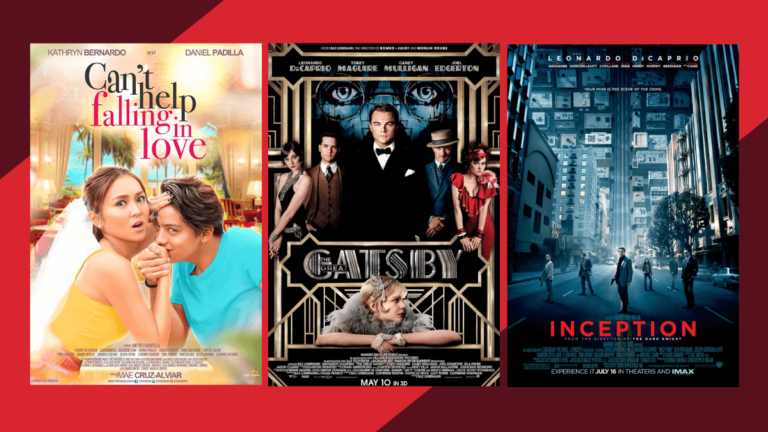 Isn’t it a bummer when you see your favorite movie already playing halfway through when you turn on the TV? Fret not! From rom-com and action to horror and thriller, we’re giving you a heads up on all the must-watch movies on TV from January 24 to 30, 2022.

Miss Granny
(5pm, PBO)
An elderly woman finds a second chance at youth after a life-altering experience at a mysterious photo studio.

The Equalizer 2
(6:25pm, HBO)
If you have a problem and there is nowhere else to turn, the mysterious and elusive Robert McCall will deliver the vigilante justice you seek. This time, however, McCall’s past cuts especially close to home when thugs kill Susan Plummer — his best friend and former colleague. Now out for revenge, McCall must take on a crew of highly trained assassins who’ll stop at nothing to destroy him.

Must Be Love
(7pm, Cinema One)
A tomboyish young girl is distraught when her male best friend starts courting another girl. She must consider changing herself in order to win him over. Will her plan work?

The Great Gatsby
(10:20pm, HBO)
Midwest native Nick Carraway arrives in 1922 New York in search of the American dream. Nick, a would-be writer, moves in next-door to millionaire Jay Gatsby and across the bay from his cousin Daisy and her philandering husband, Tom. Thus, Nick becomes drawn into the captivating world of the wealthy and — as he bears witness to their illusions and deceits — pens a tale of impossible love, dreams, and tragedy.

She’s Dating The Gangster
(7pm, Cinema One)
It all started when 17-year-old Athena Dizon unwittingly plays a trick on resident heartthrob and bad boy, Kenji de los Reyes. All of a sudden, she finds herself pretending—unwillingly at that—to be his girlfriend to make his ex jealous. Now, not only does she have to deal with dirty looks from the girls in school who want Kenji for themselves, but her supposed boyfriend is getting on her nerves. He’s hotheaded, never seems to agree with her on anything—and everything about him screams gangster. Has Athena gotten herself into more trouble than she can handle? Or has she actually found herself a boy she can call hers—gangster be damned?

Scooby-Doo
(5:45pm, HBO)
Two years after a clash of egos forced Mystery Inc. to close its doors, Scooby-Doo and his clever crime-solving cohorts Fred, Daphne, Shaggy and Velma are individually summoned to Spooky Island to investigate a series of paranormal incidents at the ultra-hip Spring Break hot spot.

Crazy Beautiful You
(7pm, Cinema One)
Sometimes, though we don’t expect to find love, it’s the one that finds us. In “Crazy Beautiful You,” we are introduced to Jackie, whose rebellious spirit forces her mother to take her in a medical mission in Tarlac in hopes that she’d turn for the better. There, Jackie meets a jolly lad named Kiko, who will make sure she gets all her tasks done. In the middle of his mission, he and Jackie will discover something crazy… and beautiful.

A Secret Affair
(9:30pm, PBO)
Rafi, happy with her partner, Mark, is respected for her beauty and personality. Then a major life decision changes everyone’s opinion about her, and a happy-go-lucky woman captures Mark’s attention.

Jowable
(3:30pm, PBO)
Despite being surrounded and supported by friends, Elsa still feels miserable and envious of every couple she sees. Finally, Lady Luck smiles upon her and she meets a guy, and the attraction is instantly mutual.

The Hows of Us
(7pm, Cinema One)
The Hows Of Us follows the story of couple Primo and George who are in a long-term relationship and are already building and planning their future together. Their love will be put to the test as their relationship faces hurdles – from misunderstandings to different career paths, among others. How will they save their “us”?

Can’t Help Falling In Love
(7pm, Cinema One)
“Can’t Help Falling In Love” will show us how fate will bring together two strangers, named Gab and Dos, who accidentally got married. How? Why? When? Where? And… what?! Will Dos heed Gab’s request of agreeing to an annulment (as soon as possible, take note!)? Will the process be that easy or something will get in the way?

Inception
(7:35pm, HBO)
Dom Cobb is a thief with the rare ability to enter people’s dreams and steal their secrets from their subconscious. His skill has made him a hot commodity in the world of corporate espionage but has also cost him everything he loves. Cobb gets a chance at redemption when he is offered a seemingly impossible task: Plant an idea in someone’s mind. If he succeeds, it will be the perfect crime, but a dangerous enemy anticipates Cobb’s every move.

Do-Re-Mi
(9:30pm, PBO)
Three girls divided by personalities, cultural backgrounds and principles have one thing in common, their love for music.

To Love Somebuddy
(3pm, Cinema One)
After over a decade, college classmates FAITH and JULIUS meet again, and from a seemingly awkward reunion, a friendship blooms. As their friendship gets deeper, so does their feelings for each other – leading them to try being a couple. But their friendship will be tested by the expectations and problems that come with a relationship. Faith and Julius would journey to understanding that sometimes, choosing to commit to someone is also choosing to grow. This story is an anatomy of how friends turn into lovers-the mistakes that we do and the lessons we learn from it.

Hotel Transylvania 3: Summer Vacation
(4:05pm, HBO)
The monster family boards a luxury cruise ship so Dracula can take a summer vacation from the hotel. It’s smooth sailing for the pack as they indulge in all of the fun things the cruise has to offer, including monster volleyball, exotic excursions and catching up on their moon tans. However, the dream vacation soon turns into a nightmare when Mavis realizes Drac has fallen for the mysterious captain of the ship, Ericka, who hides a dangerous secret that could destroy them all.

Ex With Benefits
(7pm, PBO)
Ten years ago, Adam and Arki both dreamed of becoming doctors, but then the couple get into their first major fight, causing Arki to suddenly disappear.

Alone/Together
(7pm, Cinema One)
College sweethearts Christine and Raf meet again for the first time eight years after their breakup. Once an overachieving art student, Christine has become a failure, whereas Raf, a guy nobody thought, would be a great.

Maybe This Time
(7:15pm, PBO)
Steph learns to be tough and sets her sights on bigger dreams after Tonio ends their relationship without saying goodbye.

Fast & Furious 6
(11:20pm, HBO)
Since Dom and Brian’s heist in Rio left them and their crew very rich people, they’ve scattered across the globe; however, they must still live as fugitives, unable to return home to their families. Meanwhile, Agent Hobbs has been tracking a gang of lethally skilled mercenary drivers whose second-in-command is someone Dom knows. Unable to take them down himself, Hobbs asks Dom and his crew for help in exchange for full pardons for everyone.