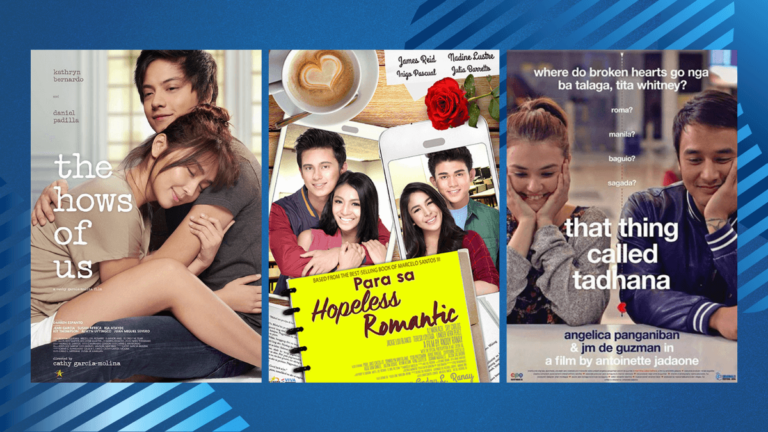 From blockbuster favorites, lighthearted rom-coms, to kilig and hugot-filled movies, here are ten films to check out!

Starting off the month of love with a movie marathon date you can enjoy from the comfort of your home!

This February, Cinema One amps up romance and drama with their lineup of popular and must-watch local films. From blockbuster favorites, lighthearted rom-coms, to kilig and hugot-filled movies, here are ten films to check out this February 2022 on Cinema One Channel:

A student writer struggles to find a happy ending for her romantic story when her own real-life romance falls apart.

A young girl unlucky in love takes the advice to transform herself into someone more likely to end up in a relationship.

A couple defines their relationship and realizes one of them is not yet ready for commitment.

A young woman and her best friend have their lives turned around when the woman’s future self shows up in the present, and she isn’t anything they expected.

A young couple dream of growing old together as they deal with the struggles of being in a long-term relationship.

A heartbroken woman meets a man who accepts her invitation to travel up north.

A school’s resident bad boy enlists the aid of a reluctant classmate to make his ex jealous. Though their relationship is meant to pretend at first, the two grow closer as they keep up the charade.

When a timid man meets a mysterious woman, his life is suddenly turned upside down.

A girl on a road trip to look for aliens accidentally bumps into a boy whom she gives a free ride to until he reaches his destination. They embark on a journey filled with adventures and misadventures, not knowing they would fall in love with each other along the way.

A man who moved out of Manila after a messy breakup returns to the city, forcing him to confront his old life, and he starts to navigate feelings he thought he left a long time ago.

For more Cinema One movies this February and for daily schedules of Cinema One, click here.