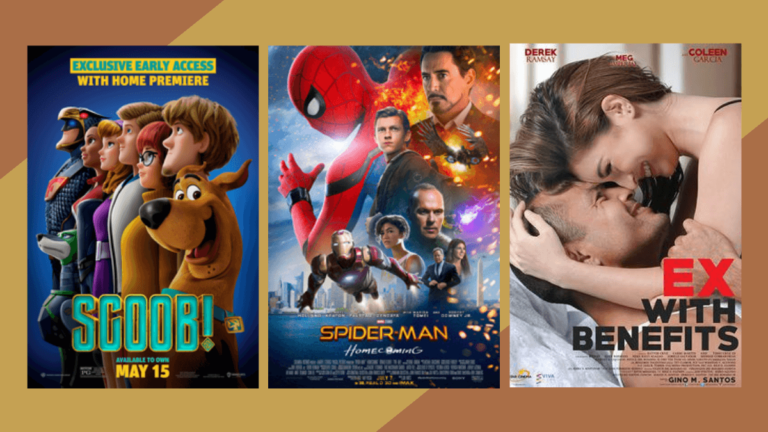 Isn’t it a bummer when you see your favorite movie already playing halfway through when you turn on the TV? Fret not! From rom-com and action to horror and thriller, we’re giving you a heads up on all the must-watch movies on TV from January 17 to 23, 2022.

Despicable Me
(3pm, HBO)
A man who delights in all things wicked, supervillain Gru hatches a plan to steal the moon. Surrounded by an army of little yellow minions and his impenetrable arsenal of weapons and war machines, Gru makes ready to vanquish all who stand in his way. But nothing in his calculations and groundwork has prepared him for his greatest challenge: three adorable orphan girls who want to make him their dad.

Purge
(9am, HBO)
In an America ravaged by crime and overcrowded prisons, the government sanctions an annual 12-hour period during which all criminal activity — including murder — is legal. James Sandin and his family face the ultimate test when an intruder drags the vicious outside world into their home. James, Mary and their two children struggle to survive the night while trying not to turn into monsters like the ones they are striving to avoid.

17 Again
(3:50pm, HBO)
Mike O’Donnell was a high-school basketball star with a bright future, but he threw it all away to marry his girlfriend and raise their child. Almost 20 years later, Mike’s marriage has failed, his kids think he’s a loser, and his job is going nowhere. He gets a chance to correct the mistakes of his past and change his life when he is miraculously transformed into a teenager, but in trying to fix his past, Mike may be jeopardizing his present and future.

Starting Over Again
(7pm, Cinema One)
Architecture student Ginny and history professor Marco fall in love, bringing out the best in each other until their break up. Years later, the two meet again on a joint project.

Ex With Benefits
(9:30pm, PBO)
Ten years ago, Adam and Arki both dreamed of becoming doctors, but then the couple get into their first major fight, causing Arki to suddenly disappear.

Snow White and the Huntsman
(6:55pm, HBO)
In a twist to the fairy tale, the Huntsman ordered to take Snow White into the woods to be killed winds up becoming her protector and mentor in a quest to vanquish the Evil Queen. Snow White, imprisoned daughter of the late king, escapes just as the Magic Mirror declares her the source of the Evil Queen’s immortality.

Wedding Tayo, Wedding Hindi
(7pm, Cinema One)
A woman wants to end her marriage, while her cousin struggles to make her wedding a reality.

My Amnesia Girl
(7pm, Cinema One)
Apollo tries to undo his past mistakes with Irene when she gets amnesia and has no recollection of him, or that he left her at the alter.

Spider-Man: Homecoming
(11:15pm, HBO)
Thrilled by his experience with the Avengers, young Peter Parker returns home to live with his Aunt May. Under the watchful eye of mentor Tony Stark, Parker starts to embrace his newfound identity as Spider-Man. He also tries to return to his normal daily routine — distracted by thoughts of proving himself to be more than just a friendly neighborhood superhero. Peter must soon put his powers to the test when the evil Vulture emerges to threaten everything that he holds dear.

Minions
(1:30pm, HBO)
Evolving from single-celled yellow organisms at the dawn of time, Minions live to serve, but find themselves working for a continual series of unsuccessful masters, from T. Rex to Napoleon. Without a master to grovel for, the Minions fall into a deep depression. But one minion, Kevin, has a plan; accompanied by his pals Stuart and Bob, Kevin sets forth to find a new evil boss for his brethren to follow. Their search leads them to Scarlet Overkill, the world’s first-ever super-villainess.

James & Pat & Dave
(7pm, Cinema One)
James finds an opportunity to make Pat recommend a raise for him when she needs him to pretend to be her boyfriend to get rid of her returning ex, Dave Verona. But as they discover the rejected souls behind their banters and bravado, they find themselves falling in love for real.

Just The Way You Are
(5pm, Cinema One)
Drake bets his best friend that he can make a nerdy transfer student fall in love with him in 30 days, but then his heart gets involved.

Scoob!
(5:35pm, HBO)
With hundreds of cases solved and adventures shared, Scooby and the gang face their biggest, most challenging mystery ever — a plot to unleash the ghost dog Cerberus upon the world. As they race to stop this global dog-pocalypse, the gang discovers that Scooby has a secret legacy and an epic destiny greater than anyone could have imagined.