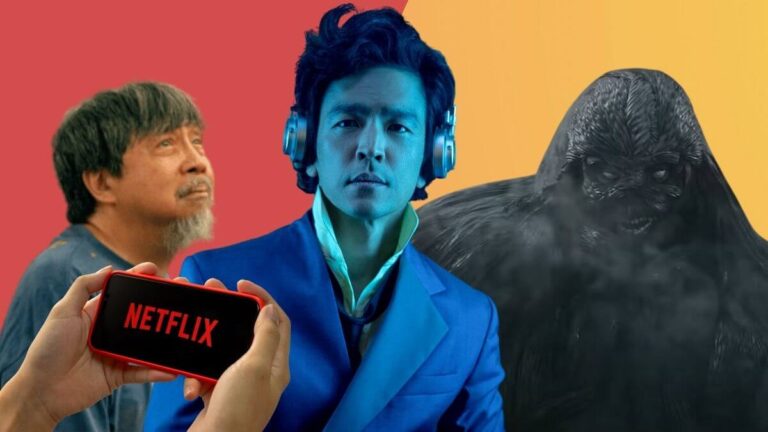 Looking for the latest online releases on Netflix, Upstream, and other streaming services here in the Philippines? This weekly list has you covered! In our latest roundup of shows and movies going online this week of November 15 to 21, we have the live-action Cowboy Bebop series, the new thrilling K-drama Hellbound, and more!

Directed by Dante Basco who also stars in the film alongside his real-life brothers, The Fabulous Filipino Brothers follows four siblings whose bond transcends their life choices when they reunite for a family wedding.

Vanessa Hudgens returns as Margaret, Stacy, and Fiona in the third installment of Netflix’s Christmas flick series. When the priceless Star of Peace relic gets stolen, Margaret and Stacy seek the help of Fiona, whose connection to a dashing, mysterious man could lead them to where the Star is.

A homeless little girl travels around the Philippines, curing the sick with her mysterious healing powers. One day, she meets a friendly old man whose sickness she cannot heal.

Based on the hit anime series from the ’90s, Cowboy Bebop follows Spike Spiegel and his comrades who travel across the solar system to capture the most notorious criminals for the right price.

This upcoming Korean thriller from the Train to Busan director Yeon Sang-ho, is set in a world where monstrous beings surface on Earth to drag dying individuals to hell.

From Lin Manuel-Miranda comes this film adaptation of the late Jonathan Larson’s autobiographical musical. It tells the story of Jon, a young theater composer in New York City who follows his dream of writing the “next great American musical.”

This 2018 movie tells of the time when former President Manuel Quezon helped Jews find refuge here in the Philippines during the rise of Nazi Germany.

From Alyx Ayn Arumpac comes this documentary that gives us a closer look on President Rodrigo Duterte’s War on Drugs, and the people affected by it.

The Princess Switch 3: Romancing the Star