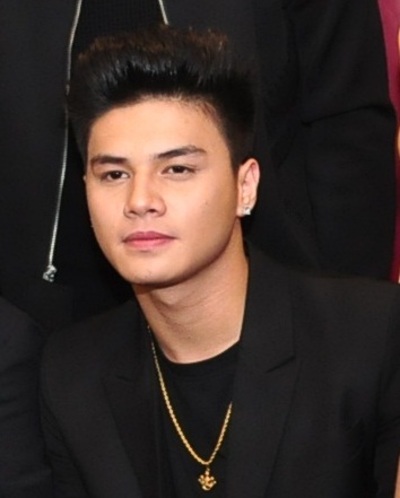 Ronnie Alcantara Alonte II (born October 26, 1996, in Biñan, Laguna, Philippines) is a Filipino actor, model, singer and dancer. He is known as one of members of the dance group Hashtags on the noontime variety show It's Showtime. He is the nephew of incumbent Representative and former Biñan Mayor Marlyn Alonte.

Ronnie Alonte first appeared in 2015 as a member of Hashtags, a dance group in the daytime show It's Showtime. Hashtags released their debut self-titled album on May 21, 2016, with "Roadtrip" released as the album's lead single. He also released a solo single entitled "Love at Website". The single was an entry to the Himig Handog P-Pop Love Songs (2016) which made it to the Top 30 of the said competition. It was written by Gabriel Tagadtad and produced by Roxy Santos under Star Music. He performed the song on Gandang Gabi Vice last August 21, 2016 as well as It's Showtime.

In 2016, he made several appearances on the longest running drama anthology Maalaala Mo Kaya including the portrayal of his own story. In the same year, he starred in two movie entries in the 2016 Metro Manila Film Festival: Vince and Kath and James and Seklusyon directed by Erik Matti.

In 2017, he and Julia Barretto (his co-star in Vince and Kath and James) is part of melodrama series A Love to Last, co-starring Bea Alonzo, Ian Veneracion and Iza Calzado. In the same year, he starred in Bloody Crayons as John Jose.