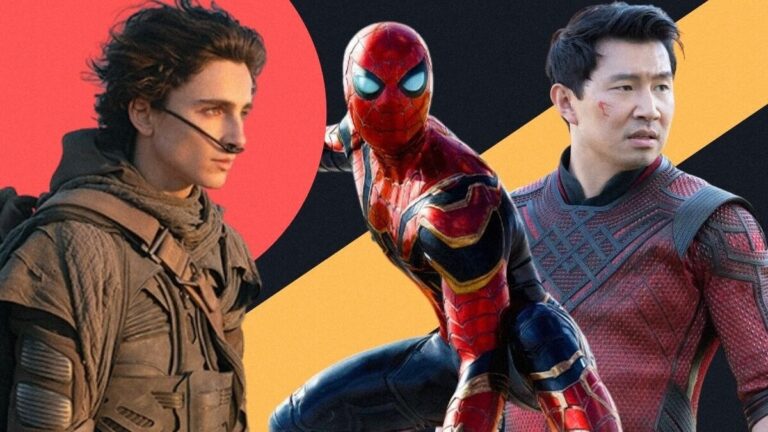 GUIDE: Movies Screening in Philippine Cinemas from November 2021 to February 2022

We can finally say it again: "Let's go to the movies!"

FINALLY! Movie theaters are back to screen exciting films starting this Wednesday, and we can’t help but be pumped up that we’ll get to have that big screen experience once more!

Of course, local theaters are still making sure that we will have a safe moviegoing experience with the IATF’s protocols in place, as well as the implementation of “Sa Sine Safe Ka” guidelines by The Cinema Exhibitors Association of the Philippines (CEAP).

With this assurance, one thing remains to convince movie buffs to go to the theaters again– exciting movies! And local moviehouses are bringing us just that with the lineup of confirmed movies that are officially scheduled to arrive in cinemas starting this month! Check them out below:

This sci-fi epic follows the brilliant and gifted Paul Atreides whose great destiny takes him to the most dangerous planet in the universe where he must secure the most precious resource to ensure the future of his family and people.

After the tragic events in the first film, A Quiet Place Part II resumes the story of the Abbott family, now without their patriarch, as they journey outside the woods in search of a new shelter that could protect them against the monsters who hunt by sound.

The dangerous blind man fights for survival in the sequel to Don’t Breathe. Norman Nordstrom is now living in an isolated cabin with his dog Shadow and an 11-year-old girl named Phoenix. His seemingly peaceful life is shattered when a gang takes Phoenix away from him.

Black Widow finally springs into action on the big screen! Avenger Natasha Romanoff aka Black Widow rounds up her family of superspies when a conspiracy that’s tied to her past arises. This pits her against Taskmaster, a masked assassin who can imitate the movements of Natasha as well as the other Avengers.

Kristen Stewart stars as Princess Diana in this biopic that imagines the events that took place when Diana decided to end her marriage with Prince Charles.

The first Asian lead superhero of the Marvel Cinematic Universe is also heading to our local theaters. Martial arts master Shang-Chi must confront his past when he is drawn into the web of the mysterious Ten Rings Organization, leading him to a fight against the powerful Mandarin.

James Wan, the creator of The Conjuring Universe, brings us a new vision of terror with his latest horror movie, Malignant. It follows a woman whose shocking visions become even more terrifying when she realizes that her waking dreams are actually true.

The QCinema International Film Festival will be a hybrid festival this year, with screenings at Gateway Cineplex 10 and online streaming at KTX.ph. It will showcase a series of short films from Southeast Asia, as well as full-length international films Lamb by Valdimar Jóhannsson and The Girl and the Spider from sibling co-directors Ramon and Silvan Zürcher. A film from director Ryûsuke Hamaguchi will also be screened.

Marvel’s Eternals will arrive early in the Philippines with advanced screenings on November 29 and 30 at select cinemas in the country. Check them out below:

Chloe Zhao’s MCU movie revolves around the Eternals, a race of immortal superpowered beings who have been secretly living on Earth for thousands of years. Despite all of the threats the world faced, the Eternals vowed to only interfere when the evil race of Deviants become part of the threat. On the present day, when the Deviants resurface, the Eternals must regroup to protect humanity.

Eddie Brock and Venom are back, and they’re still struggling to coexist in one body. But when a serial killer Cletus Kassady becomes host to another alien symbiote, Brock and Venom must team up to put a stop to the newcomer’s thirst for mayhem.

The latest Disney animated movie is a magical tale about the Madrigal family, whose members are blessed with supernatural abilities, except for Mirabel. But the young girl might be the family’s only hope now that the magic that surrounds them is in danger.

James Bond stirs excitement once more as No Time to Die is finally set to arrive in Philippine theaters. After leaving his life as Agent 007 behind, Daniel Craig’s Bond is dragged back into a dangerous mission when a mysterious villain gets ahold of a dangerous new technology.

The famous video game franchise is back with a live-action movie! Resident Evil: Welcome to Raccoon City takes us back to where it all started. Raccoon City, once home to the pharmaceutical giant Umbrella Corporation, is now a dying town. When a brewing evil gets unleashed among the townspeople, a band of survivors must try to uncover the truth behind Umbrella and make it through the night.

While this year’s official lineup for MMFF is yet to be decided, MMFF executive committee spokesperson Noel Ferrer confirmed on PEP that the festival will be returning to cinemas this Christmas. More details are expected to be announced soon.

The screening of this much-awaited film spawned the #DontDelayNoWayHome petition online, since the film’s US release is on December 17. In this third film, Tom Holland’s Peter Parker attempts to undo Mysterio’s revelation of his identity by seeking the help of Dr. Strange’s magic. But this attempt seemingly opens the multiverse, pitting Spidey against the likes of Doctor Octopus and the Green Goblin.

This upcoming film from director Jason Reitman ties directly to the story of the original Ghostbusters. When a single mother and her two children move to a new town, they would soon discover that they have a connection to the Ghostbusters, which propels them to their own ghostbusting adventures.

A Marvel legend rises in Morbius! The new film from Sony tells the story of the biochemist Michael Morbius who suffers from a rare blood disease. Hoping to save himself and people like him, he goes on a dangerous quest to find a cure, but an experiment gone wrong inflicts him with vampiric powers instead.

Tom Holland stars as Nathan Drake in the film adaptation of the popular video game franchise of the same name. It follows the globe-trotting adventures of Drake as he hunts for treasures, discovering lost cities and fighting rival hunters and thieves along the way.

—
Note: We will continue to update this list when more announcements become available. Dates are subject to change without prior notice.

Venom: Let There Be Carnage 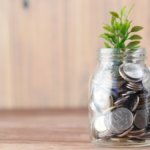 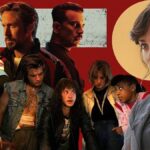 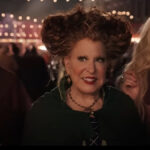