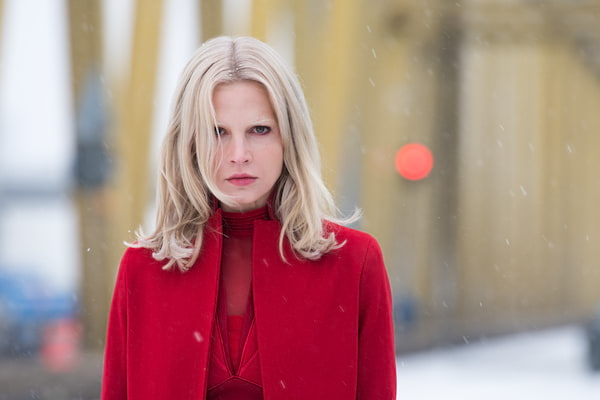 In The Girl in the Spider’s Web, however, Camilla plays a significant role in Lisbeth’s journey. And to play this haunting figure from the film’s protagonist’s traumatic background, director Fede Alvarez (Don’t Breathe) cast Dutch actress and Blade Runner 2049 breakout star Sylvia Hoeks. “I saw her in Blade Runner [2049] and it really blew my mind,” says Alvarez of Hoeks. “She’s so good and so intense and so different, and very unpredictable as an actress. I’m always going for what you don’t expect, and it was a pleasure to work with her.” 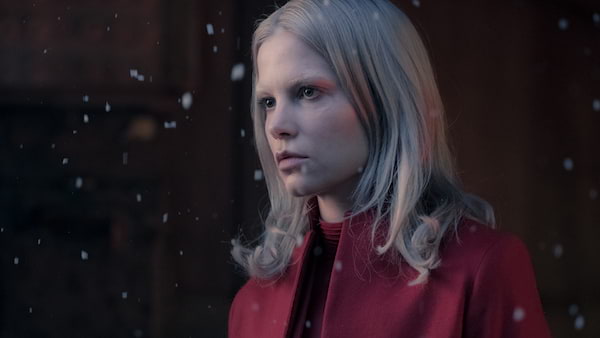 In preparing to play Camilla, Hoeks took advantage of the character’s newness to the franchise, and let imagination lead her. “There’s a lot of blank spaces to fill in,” she says. “That’s what I love about a character we don’t know that much of.” 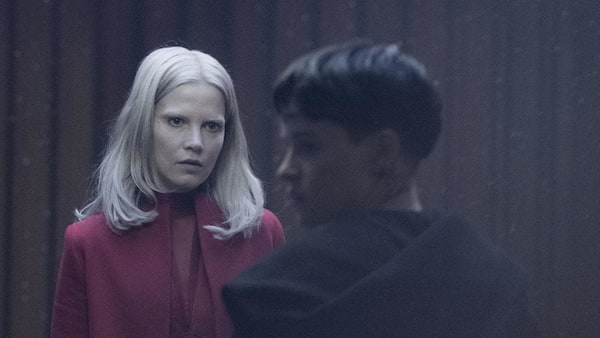 To help her create the character onscreen, Hoeks looked to Lisbeth Salander for inspiration. “I understood the world of Lisbeth Salander. And looking at her, what would her sister be like? To have her sister mirror her in a way that is also very different, and reveals something about Lisbeth that the audience has been waiting for. After seeing [Lisbeth] as a badass for so many years, we want to know, who was that girl? How did she turn out to be the way she is, and who would she have been as a little girl? So I think coming into the story as Camilla, reflecting on Lisbeth was for me a very interesting way to create that new character. I love researching. I think it’s one of my favorite things about acting, that psychological aspect to it.”

Hoeks also credits director Alvarez, whose leadership and directorial style, helped boost her creativity. “He was very open to other people’s ideas and visions,” says Hoeks. “And we improvised a lot. There was a lot of freedom in the scenes. It was a very, very interesting and lovely way of working with a director.”

In the blistering thriller The Girl in the Spider’s Web, fans will experience an all new Lisbeth Salander adventure that finds this misfit outsider – 21st century fiction’s most original and complicated warrior for justice -- in the middle of her most dangerous and personally revealing crusade yet.

The bad men of the world take on Lisbeth Salander at their own peril. But for those who need a new kind of hero – the voiceless, the vulnerable -- she’s that righteous, volatile rebel we may need now more than ever.