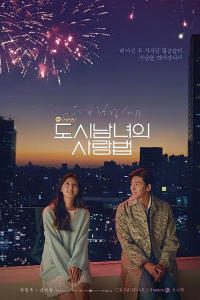 Lovestruck in the City is a 2020-21 South Korean short form romance drama, starring Ji Chang-wook and Kim Ji-won. Directed by Park Shin-woo, the series depicts the real love story of young people who live fiercely in a complex city. This short form drama, which is first in multi-part series titled as City Couple’s Way of Love, was premiered on Kakao TV on 22 December 2020, and airs every Tuesday, Friday at 17:00 (KST). It is also available worldwide for streaming on Netflix.