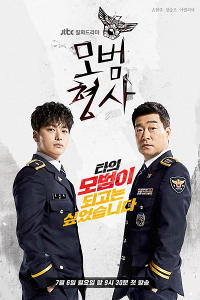 The battle between detectives who try to reveal the truth and those who frequently cover it up.

[About:]
The Good Detective is a South Korean television series starring Son Hyun-joo, Jang Seung-jo, Lee Elijah, Oh Jung-se and Ji Seung-hyun. It aired on JTBC from July 6 to August 25, 2020.

The drama was considered a success with the viewership ratings doubled from the start to finish and the possibility of sequel mentioned by production team.