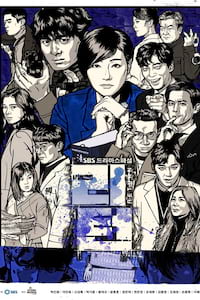 A body is found on the freeway, and the four suspects are South Korea's powerful elites. Choi Ja-hye, the most influential and famous female lawyer in the country, decides to take the case and defend Kang In-ho, per the request of her law school friend Geum Na-ra. However, In-ho was having an affair with the victim and was seen having an argument with her the day before the murder took place. As Ja-hye investigates the case with Dokgo Young, a detective with a dark past as a juvenile criminal, they realize that the case is not a simple murder but was born out of corruption and dark secrets among In-ho and his friends.