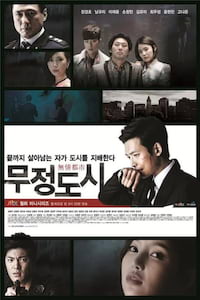 This noir / crime drama revolves around the love and struggles of undercover agents and members of the nation's largest drug ring.

When her older sister Lee Kyung-mi (Go Na-eun) is murdered by drug lords, Yoon Soo-min (Nam Gyu-ri) is recruited to try and catch the prime suspect, "The Doctor's Son" (Jung Kyung-ho). But in the shadows, there are no rules or reason; Soo-min falls for The Doctor's Son after a fateful encounter, not realizing who he is. Unknown to her, The Doctor's Son is also an undercover agent. Working under the orders of police director Min Hong Ki (Son Chang-Min), The Doctor's Son works to take down the Busan drug ring and seek revenge against the dealers who turned his mother into an addict.