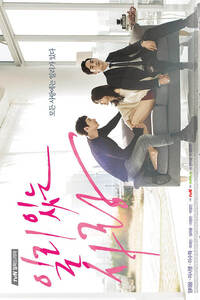 Jang Hee-tae (Uhm Tae-woong) and Kim Il-ri (Lee Si-young) first met thirteen years ago when Hee-tae was a substitute biology teacher at an all-girls high school where Il-ri was a student. She had a huge crush on him, and though inappropriate, he started having feelings for her too. But when Il-ri is left seriously injured after a car accident in which she tried to save him, Hee-tae resigns from the school. Seven years later, they meet again by chance, fall in love, then get married and have a typical, happy marriage.

Now a marine researcher on fishery, Hee-tae one day discovers that his wife is contemplating having an affair. Il-ri, who has only loved and slept with one man her entire life, finds herself strongly attracted to a carpenter she works with, Kim Joon (Lee Soo-hyuk), while Hee-tae gets furious for the first time in his life. He spies on his wife.