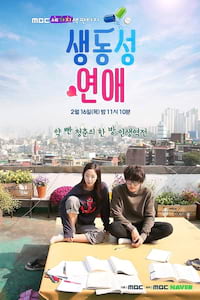 Story about So In-sung (Yoon Shi-yoon) a dork looking guy, who has been preparing for the examination to become a police officer for 4 years. Despite failing the exam 8 times, In-sung has a positive personality. He then applies for a high paying part-time job called "Experiment Full of Life" and becomes a super-hero and all the ladies fall for him.

[About]
Romance Full of Life is a 6-episode South Korean television drama starring Yoon Shi-yoon and Cho Soo-hyang. The drama is one of the "Three Color Fantasy" drama trilogy by MBC. The drama's color is Green. It was preceded by The Universe's Star (White) and it will be followed by Queen of the Ring (Gold). It aired on Naver TV Cast every Tuesday at 0:00 (KST) starting from February 14, and on MBC every Thursday at 23:10 (KST) starting from February 16, 2017.