The Midnight Gospel is an American adult animated web television series created by Adventure Time's Pendleton Ward and comedian Duncan Trussell. It is the first animated production from Ward for Netflix. Set in Chromatic Ribbon, a spacecaster named Clancy owns an illegal multiverse simulator. Through it, he travels through worlds about to have their own apocalypses interviewing some of their residents for his spacecast. The show features special guests like Phil Hendrie, Stephen Root, Drew Pinsky, Trudy Goodman, Jason Louv, Caitlin Doughty, Damien Echols, Maria Bamford, Joey Diaz, David Nichtern, and Deneen Fendig.

The Midnight Gospel revolves around a spacecaster (video podcaster in space) named Clancy Gilroy who lives in a dimension called "The Chromatic Ribbon," where simulation farmers use powerful bio-computers to simulate universes to harvest technology. Each episode revolves around Clancy's travels through planets within the simulator, with the beings inhabiting these worlds as the guests he interviews for his spacecast. These interviews are based on the real interviews derived from Trussell's podcast, The Duncan Trussell Family Hour. The episodes typically end with an apocalyptic event from which Clancy barely manages to escape. 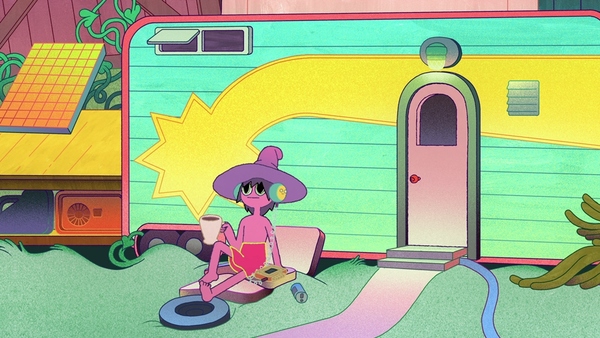