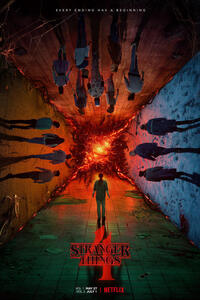 Stranger Things is an American science fiction-horror web television series created, written, directed and co-executive produced by the Duffer Brothers, as well as co-executive-produced by Shawn Levy and Dan Cohen.

The Duffer Brothers developed the series as a mix of investigative drama alongside supernatural elements with childlike sensibilities, establishing its time frame in the 1980s and creating a homage to pop culture of that decade. Several themes and directorial aspects were inspired and aesthetically informed by the works of Steven Spielberg, John Carpenter, and Stephen King, among others.