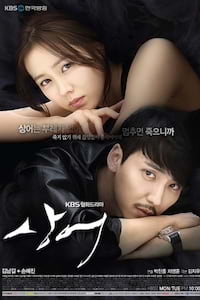 Han Yi-soo (Kim Nam-gil) loses his father and narrowly escapes death because of the owners of Gaya Hotel Group, the family of Jo Hae-woo (Son Ye-jin), his first love. A wealthy and influential Japanese businessman adopts him, and 12 years later he returns to Korea with a new identity as Japanese-Korean businessman Yoshimura Jun and carefully laid plans. Hae-woo, who believed that Yi-soo was dead, becomes a prosecutor to find out the truth about what happened to him. The two become caught between love and revenge

The series is the third installment of the revenge trilogy by director Park Chan-hong and writer Kim Ji-woo, following Resurrection in 2005 and The Devil in 2007.