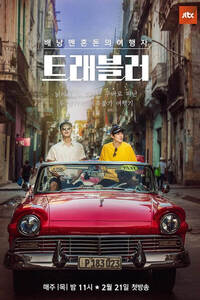 Travel, Reality-TV
Be the first to rate this

Traveler is a South Korean television entertainment program which airs on JTBC. It is about actors going on a backpacking trip.

The first season features Lee Je-hoon and Ryu Jun-yeol as they travel to Cuba. It aired on Thursdays from 21 February to 25 April 2019.

The second season features Ahn Jae-hong, Kang Ha-neul and Ong Seong-wu as they travel to Argentina. It was broadcast on Saturdays from 15 February to 18 April 2020