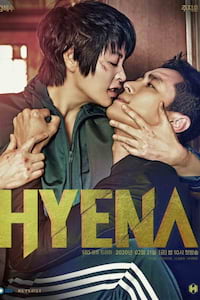 Hyena deals with lawyers at Song & Kim who only work for the richest 1% of society. Jung Geum-ja is a swashbuckling lawyer who crosses the boundaries of law and lawlessness, justice and injustice, ethics and corruption. Armed with the strongest survival instincts, she is a true hyena that chases after money and success no matter what it takes. Yoon Hee-jae is her polar opposite rival. He is a pedigreed and elite lawyer who is confident in his abilities. He possesses a brilliant mind that is wrapped around his ego, but he misses the grit of Geum-ja and gets outsmarted by her on many occasions.