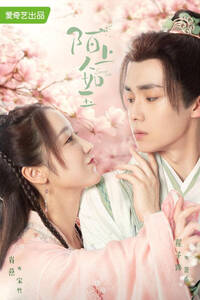 The prince’s son Xiao Yu was commissioned by the prince to investigate the political leaning in the Song School. He became frenemies with Song Zhu, the young lady of Song family, and they fought everyday. Earlier on, Song Zhu has always wanted to marry into a wealthy family, and pursued her perfect target, Zhou Ji, tirelessly. However in the process, she fell in love with Xiao Yu as they start to cross each other’s path. But Song Zhu’s father was involved in the corruption case of the Yan family. Song Zhu mistakenly thought he was framed by Xiao Yu and the two fell apart. She then went to Beijing alone to defend her father’s justice. However, she was met with devestating situations. Alongside with Xiao Yu who has recovered his prestigious status, the two of them collect evidence to bring justice to her father and the two reconciled.