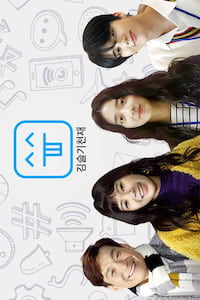 Kim Is a Genius follows the peculiar happenings at Fisher-King, a viral marketing company whose (largely incompetent) employees come to depend on a number of mysterious smart-phone apps providing unusual and improbable services — from allowing users to see through photoshopped images to analyzing the content of the food they eat. Each episode is viewed as though through the phone of one character, from the hapless but handsome Chadol Chun to the ultra-competent but borderline-sociopathic Yeonseop Kim.

[About]
Kim Is a Genius is a Korean comedy, designed for an interactive phone-based experience, starring Yoo Young-jae, Park Soo-ah, Jung Sung-ho and Choi Moon-hee. The project was announced mid-2018 and premiered May 17, 2019 via an iOS and Android App.