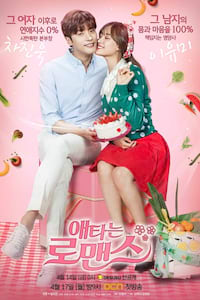 Jin-wook and Yoo-mi meet at a Gangwon-do resort and get caught up in a series of misunderstandings and accidents. Yoo-mi is there to attend her mother's second wedding while Jin-wook is there working as a bellhop (a position given to him by his Chairman father to teach him responsibility). Yoo-mi is charmed by Jin-wook's sly and playful personality, and they unexpectedly spend the night together. However, Yoo-mi disappears in the morning, leaving Jin-wook feeling perplexed and insulted.[cont.]

[About:]
My Secret Romance is a 2017 South Korean television series starring Sung Hoon and Song Ji-eun. It aired on cable network OCN at 21:00 (KST) every Monday and Tuesday, from April 17 to May 30, 2017 for 14 episodes. It was also released on SK Telecom's "oksusu" mobile app.

My Secret Romance was selected in the 2017 Top Creator Audition held by KOCCA. The series is the first OCN drama to air on Monday and Tuesday, as well as the first romance-themed OCN drama.