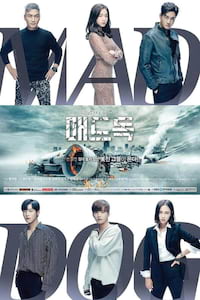 Choi Kang-woo is a former police and leader of Taeyang Insurance's investigators team, decides to create his own investigation team, Mad Dog, after an airplane crash that took the life of his wife and son. Two years later, he meets Kim Min-joon, a genius former swindler who is the younger brother of Kim Beom-joon, the co-pilot of the crashed JH 801 airplane, who was touted of crashing the aircraft on purpose in a suicide attempt.