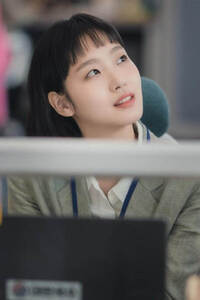 Yumi (Kim Go-eun) is an ordinary office worker. Her love cells are in state of coma as her relationship failed. The series will trace her growth and change as her brain cells wake up the love cells. Ku Woong (Ahn Bo-hyun) a game developer, Ruby (Lee Yu-bi) and Seo Sae-i Park Ji-hyun her co-workers help in their own ways to revive her love cells.

[About]
Yumi's Cells is an upcoming South Korean television series directed by Lee Sang-yeob and starring Kim Go-eun, Ahn Bo-hyun, Lee Yu-bi and Park Ji-hyun. Based on eponymous webtoon, it is a cell-based psychological romance that unravels the daily life of an ordinary office worker Yumi through the eyes of the cells in her head. It is slated to premiere on tvN in 2021 and will also be simultaneously released via streaming media TVING.