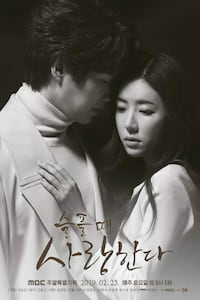 Yoon Ma-ri (Park Han-byul) is in an unhappy marriage with Kang In-wook (Ryu Soo-young), an abusive, and obsessively possessive husband who is also a chaebol. She meets Seo Jung-won (Ji Hyun-woo), a kind-hearted plastic surgeon. After seeing the abuse she receives, Seo Jung-won operates on her face to help her start a new life with a new identity.

[About]
Love in Sadness is a 2019 South Korean television series starring Ji Hyun-woo, Park Han-byul, Ryu Soo-young and Wang Bit-na. It is a remake of the 1999 TBS drama Beautiful Person. The series aired four episodes every Saturday on MBC TV from February 23 to April 27, 2019.