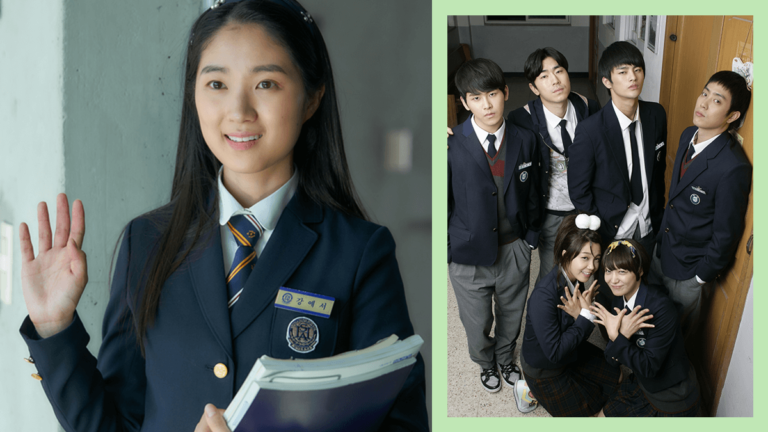 These K-dramas will definitely remind you of all the good and bad memories of being in high school.

Whenever you’re growing tired of the daily hustle, you’d probably find looking back on days when life was easy and all we had to think about were school and what to do after that. And what better way to trigger those memories than with a good K-drama that would trigger memories of our school life, our first love, as well as all the good and bad experiences that happened in between. Luckily, there’s a bunch of titles out there that you can check out for when you want to reminisce about these old days.

Below, we’re listing down 10 high school K-dramas that would take you back to the days of your youth:

School is an anthology series that premiered back in 1999. It went on hiatus, however, for 10 years, only to come back in 2013 with School 2013. Two other dramas followed — School 2015 and School 2017 — with each drama portraying the life of the South Korean youth, as well as the issues that they face, from the corrupt education system, teen suicide, bullying, academic pressure, and more.

True Beauty is a romantic-comedy set in high school and is based on a popular webtoon of the same name. It follows Lim Ju Gyeong, a shy comic book fan who uses makeup to hide her bare face. Shortly after her “transformation,” her social standing skyrockets, and she gets caught between 2 boys who catch feelings for her. With this transformation also comes the question of just how long she’ll be able to keep her secret from these two boys and the whole school.

Starring in this drama is Moon Ga Young, Cha Eun Woo, and Hwang In Yeop.

Love Alarm is a 2-season drama that is also based on a webtoon. It features an app called Love Alarm, which alerts the user if someone within the 10-meter radius has a crush on them. It then becomes a phenomenon, affecting the lives of its users, particularly Kim Jojo who becomes involved in a love triangle with Hwang Sun Oh and his best friend Lee Hye Yeong.

A darker drama about the lives of the youth, Extracurricular is about 4 high schoolers who are forced to face the consequences of their actions after getting involved in crime as their way to fulfill their goals of living a more normal life. At the center of the story is Oh Ji Soo, a shy model student who lives a life of crime so he can go to college. The drama stars up and rising stars Kim Dong Hee, Jung Da Bin, Park Ju Hyun, and Nam Yoon Soo.

Sassy Go Go is drama set at the elite Sevit High School in Seoul and follows the lives of students who try to survive amidst the academic elitism in the school. Jung Eun JI plays Kang Yeon Doo, the leader of Real King — a street dance club composed of students who all have poor academic performance. Lee Won Keun on the other hand plays Kim Yeol, the president of an elite club with students from the school’s top 5%. When the two clubs are forced to create a cheerleading squad, the two clubs merge to form a strong bond, despite all the misadventures they go through.

SKY Castle is a popular drama centering on the families who live in SKY Castle — a neighborhood that houses some of South Korea’s elite. It follows the families who are all willing to do whatever it takes to be able to send their children to the country’s most prestigious schools. Things get complicated, however, when Lee Soo Im and her family move in, with her unconventional parenting ways that end up challenging just how the other parents are raising their children.

A-Teen is a 24-episode web drama that follows the lives of young students and how they deal with all the struggles and other things that come along with turning eighteen. Shin Ye Eun, Lee Na Eun, Kim Soo Hyun, Kim Dong Hee, Shin Seung Ho, and Ryu Eui Hyun star in this 2018-drama.

Reply 1997 is the first of the Reply series and is set in the 90s. It centers on a high school student named Shi Won — a H.O.T. fangirl — and her high school friends in Busan. The drama moves back and forth between the present and the past, as the characters reminisce about their high school lives and their first loves now that they’re all in their 30s.

Class of Lies centers on a successful lawyer who falls from grace because of a case. To regain his honor, he decides to teach at a high school, where he begins to see the crimes that take place there. He then decides to help protect victims from their peers who receive no repercussions for their actions just because they are teenagers.

Moment at 18 is about Joon Woo who is forced to transfer to Cheonbong High School after he was accused of a violation he did not commit. He decides to be a loner and a nobody at his new school, but as he interacts with his fellow 18-year-olds, he finds himself coming out of his comfort zones and dealing with the conflicts and struggles the world brings upon them. Joon Woo and his friends then learn to cherish every moment of their lives, realizing that they might just be experiencing some of the best and most unforgettable moments of their lives. 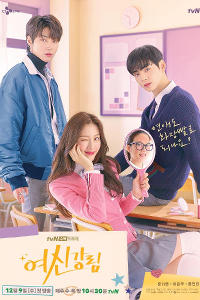