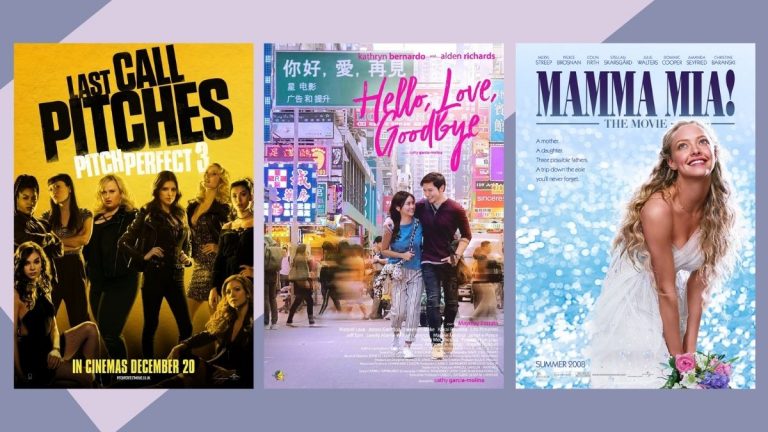 Isn’t it a bummer when you see your favorite movie already playing halfway through when you turn on the TV? Fret not! From rom-com and action to horror and thriller, we’re giving you a heads up on all the must-watch movies on TV from May 10 to 16, 2021.

Cast Away
(2:55pm, FOX Movies)
After a deadly plane crash, Chuck Nolan finds himself marooned on a desolate island. With no way to escape, Chuck must find ways to survive in his new home.

Superman Returns
(5:40pm, HBO)
Upon his return to Earth, Superman must deal with heartbreak and put his powers to test once again to stop his greatest arch-nemesis, Lex Luthor, from gaining complete control of the world.

Angel Has Fallen
(10pm, Cinemax)
Mike Banning, a secret service agent, is assigned to protect the US president. Things take a turn when Mike is falsely accused of carrying an attack on the president while on a fishing trip.

Mamma Mia!
(4:55pm, FOX Movies)
As Sophie and her family are busy preparing for her wedding, she secretly invites three men, who were her mother’s lovers in the past, with the hope that one of them is her father.

You Changed My Life
(7pm, Cinema One)
Miggy and Laida settle into their lives as a couple, but their successful careers soon threaten to tear them apart.

Dreamgirls
(3:35pm, HBO)
After Curtis recognises the singing talent of three women at a show, he helps them attain stardom. One of the artists gets attracted to him but is heartbroken when he removes her from the band.

The Breakup Playlist
(7:15pm, PBO)
A story about an aspiring professional singer and a rock singer who collaborates in a song. As they work on their song, they start to develop feelings for each other.

Pitch Perfect 3
(9:55pm, FOX Movies)
The Bellas have split after winning the World Championship. But they reunite for one last overseas singing competition to make music and some questionable decisions.

The Hangover Part III
(10pm, Cinemax)
The Wolfpack decides to help Alan after he faces a major crisis in his life. However, when one of them is kidnapped by a gangster in exchange for Chow, a prisoner on the run, they must find him.

Pokémon: Detective Pikachu
(3:10pm, HBO)
After the demise of his father, Tim travels to Ryme city where he runs into his father’s Pokemon partner, Pikachu. They team up and try to work on the case left unfinished by Tim’s father.

Catch Me If You Can
(4pm, Cinemax)
Notorious con artist Frank Abagnale has duped people worth millions of dollars with his masterful art of deception. With his scams getting bolder, he is soon pursued by FBI agent Carl Hanratty.

Fast and Furious
(9pm, FOX Movies)
A spate of high-speed robberies in LA brings street racer Dominic Toretto and his crew under the LAPD scanner. FBI agent Brian goes undercover and befriends Toretto in a bid to investigate the matter.

The Vow
(10:55pm, FOX Movies)
Paige meets with a terrible accident which leaves her in a coma. When she wakes up, she doesn’t recognise her husband Leo, who then tries to win her back by courting her again.

Seven Sundays
(7pm, Cinema One)
Siblings reunite when their father is diagnosed with cancer, and must settle old issues as they spend time together.

The Dark Knight Rises
(7:20pm, Cinemax)
Bane, an imposing terrorist, attacks Gotham City and disrupts its eight-year-long period of peace. This forces Bruce Wayne to come out of hiding and don the cape and cowl of Batman again.

The Bucket List
(6:20pm, Cinemax)
Two terminally ill men left with only six months to live, decide to explore life and make a bucket list comprising all the things they have never tried before.

Saving Private Ryan
(9pm, FOX Movies)
During the Normandy invasion of World War II, Captain John Miller is assigned the task of searching for Private James Ryan, whose three brothers have already been killed in the war.