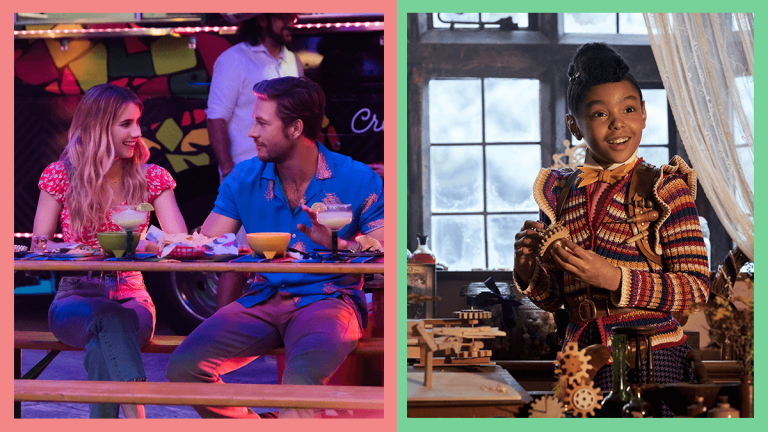 ‘Tis the season to be all festive and jolly once again! And just like last year, we’re giving you a selection of content that you can stream to get you in the mood and excited for the season of festivities.

From holiday rom-coms to family-friendly films and shows, here are 12 titles you can look forward to on Netflix:

Over the Moon
Now Streaming

Over the Moon follows a bright young girl named Fei Fei who builds a rocket to the moon to prove the existence of the moon goddess Chang’e. When she gets to the moon, though, she ends up on an unexpected quest alongside other whimsical creatures to find the gift that the goddess is looking for.

Holidate stars Emma Roberts and Luke Bracey as two people who dread the holidays. After meeting on one Christmas, they decide to be each other’s “holidates” for all the holidays in the following year, promising that they’ll stay platonic. However, as a year of festivities go by, the two realize they want more from their relationship.

ALSO READ
Q&A: ‘Holidate’ Leads Emma Roberts and Luke Bracey on Their New Film and Having Their Own Holiday Dates

Operation Christmas Drop centers on Erica Miller who skips on family Christmas celebrations to travel across the Pacific at her boss’ behest. It’s there that she clashes with Captain Andrew Jantz, who knows that she’s finding reasons to defund the facility. As she experiences the customs of Andrew’s home, Erica softens and warms up to the captain.

Jingle Jangle: A Christmas Journey is a musical film about Jeronicus Jangle, a toymaker whose inventions have always been wonderful. When his apprentice steals his prized creation, it’s up to his inventive granddaughter to heal old wounds and reawaken the magic within. The film stars Forest Whitaker, Keegan-Michael Key, and Madalen Mills. It also features original songs by John Legend, Philip Lawrence, and Davy Nathan.

In The Princess Switch: Switched Again, Princess Stacy of Belgravia must do her best to bring Duchess Margaret and her boyfriend Kevin back together. Things get complicated when a handsome royal appears, intent on stealing Margaret’s heart. Vanessa Hudgens, Sam Palladio, and Nick Sagar star in this film.

Dolly Parton’s Christmas on the Square centers on Regina Fuller, who returns to her hometown to evict its people and sell the land to a mall developer before Christmas. As she listens to the stories of the local townsfolk and reconnects with an old love, she starts to have a change of heart. The movie features 14 original songs with music and lyrics by Dolly Parton.

In The Christmas Chronicles: Part Two, Kate is now a cynical teenager who must spend Christmas with her mom’s new boyfriend and his son Jack. Not wanting to accept this version of a family, Kate decides to run away but is eventually pulled in an adventure with Jack and Santa Claus. The film comes from director Chris Columbus and stars Darby Camp, Judah Lewis, Jahzir Bruno, Kurt Russell, and more.

A series based on the book Dash & Lily’s Book of Dares, it centers on the Holiday romance between the cynical dash and the optimistic Lily as they trade dares, dreams, and desires in a notebook which they pass around across New York City. As they go do this, they realize that they have more in common than they expected. It stars Austin Abrams and Midori Francis.

Sugar Rush Christmas is a competition series where bakers compete to create holiday treats that look and taste amazing while beating the time.

The Holiday Movies that Made Us
December 1

The Holiday Movies that Made Us is a documentary TV series which takes a look at two iconic holiday films, Elf and The Nightmare Before Christmas through the use of behind-the-scenes footage, as well as cast and crew interviews.

Angela’s Christmas Wish is a film based on the characters of Pulitzer Prize-winning author Frank McCourt. It is a tale of a little girl who tries to reunite her family just in time for Christmas.

In this series, a jolly gathering takes a turn when Ashley bumps her head and gets a glimpse at the future with Tio, Tad, Stick, and Brooke.

For more holiday content, you can check out this page.