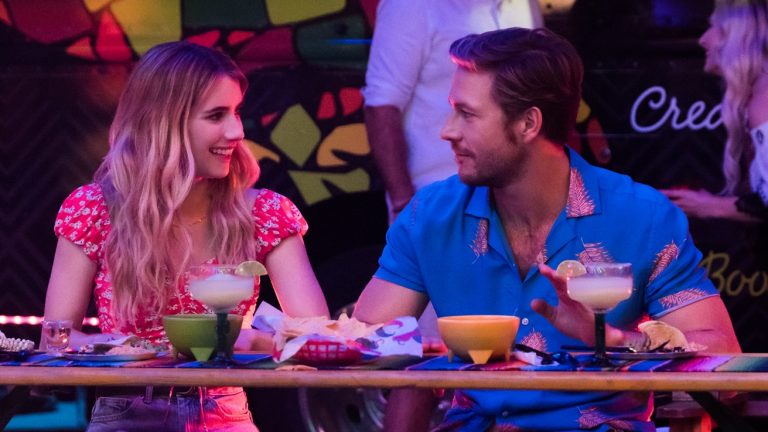 Q&A: ‘Holidate’ Leads Emma Roberts and Luke Bracey on Their New Film and Having Their Own Holiday Dates

Netflix’s newest holiday rom-com Holidate is dedicated to everyone who’s tired of answering the endless questions of relatives about their love lives or the lack of, at least. Here, director John Whitesell offers a pretty smart solution for anyone who just doesn’t want to be bombarded by these questions anymore, holiday after holiday.

Holidate centers on Sloane and Jackson — two individuals who dread the holidays, because they always find themselves single or on awkward dates during this time of year. When the two meet on one bad Christmas, they decide to be each other’s ‘holidate’ for the next year, assuring that they won’t have feelings for each other. As all arrangements like this go, though, the two end up unexpectedly loving the thing they use to hate.

We got to join Emma Roberts and Luke Bracey last week in a virtual interview with other members of the Philippine press where they talked about the film, the concept of holidates, and more. Check out how it went here:

How different is Holidate from other rom-com holiday films out there?

LUKE BRACEY: I think, in terms of a romantic comedy, it really knows it’s a romantic comedy, and it is self-aware. We’ve got these great moments of self-awareness in a film, which I really loved, where we’re commenting on the certain tropes that come with these types of movies.

On top of that, we also do a little bit of a flip on what you come to expect when it comes to romantic comedy. Different characters are kind of taking on the opposite role that you kind of expect in a romantic comedy so it’s a fresh take on a genre that we all love and adore. And even if you don’t openly admit it, we all have a little soft spot in heart for a romantic comedy.

EMMA ROBERTS: This movie is different from other holiday rom-coms because you really see every holiday. I think it may seem like it’s just Christmas and New Year’s at first but we actually go to Easter and Mother’s Day, the Fourth of July, [and] Halloween. We even get to Cinco de Mayo and St Patrick’s Day, so it really is, like, a year’s worth of holidays packed into one movie. That, to me, makes it so enjoyable to read and so fun to watch. Because you really get the like festivities of each holiday in one movie.

So what do you think of the concept of a “holidate”? Is it believable, relatable, or have you tried it?

LUKE BRACEY: No I haven’t really. I can’t say I had that as well but I think it’s a brilliant idea. I think it’s a really great idea. We all have those moments where you’re like, “I got this thing and I can’t go alone” and so, yeah, I will be trying it in the future, probably. Maybe.

EMMA ROBERTS: I think it’s a great idea because who likes showing up to a party by themselves? Even if you’re single, you don’t want to show up to a party by yourself. It’s always nice to have a friend or, you know, somebody to make you not feel like you’re, you know, walking into a room by yourself so I love the idea of a holidate. It can be anyone, it doesn’t even have to be somebody of the opposite sex necessarily. It could be a good friend or just someone that you like spending time with or a family member or sibling. [And] it doesn’t always have to turn romantic, either. It’s kind of just like having support when you’re out in public.

Your chemistry was so much fun to watch. Was that something that was instant? Did you have to work on it, and what did you do to develop that chemistry?

EMMA ROBERTS: We’re besties from the jump! I’ve known Luke’s work, obviously, and I think he’s very talented, but I’ve never seen him do comedy. I don’t think I’ve seen you play an Australian [before]. Seeing him in this part, I just was obsessed with him and we laughed so much when we were doing this movie. We hit it off right away, don’t you think?

LUKE BRACEY: It was like meeting an old friend! When we first met, the first thing we did was burst into laughter at something ridiculous. It was like hanging out with someone I’ve known for years which made it so easy. The good correlation between the characters and us was that we met on a friendship basis of honesty and openness.

It was really nice to meet someone and the first you feel is that you’ve known them for a very, very long time. There certainly wasn’t any labor involved in terms of the friendship and the connection there.

Can we please talk about the Dirty Dancing scene? So can you tell us a little bit how you prepared for that and how it went during the shooting?

LUKE BRACEY: We did a little practice beforehand and we had like a little mini trampoline and some crash pads and some stuff. But we had the help of some professionals who aided us with that. But it was just like finding the whole line to lead-up to it was a really fun bit as well you know like the moving the crowd out and like, you know, the whole, the whole build up to the actual stock was, I found that really fun.

EMMA ROBERTS: It was really fun. It was one of those scenes that [I loved while] reading it on paper. I loved it but I couldn’t really tell how it was going to turn out. Seeing it in the movie, it just really made me smile. I love the movie Dirty Dancing so it was so much fun to get to do that and I think it really is like one of the best moments in the movie so I was, I was really, really excited about how they put it together.

If you guys are going to be given a chance to pick anyone living or dead as your own holidate. Who would you want it to be?

EMMA ROBERTS: Well, if it’s like somebody in my life I would say my, my best friend, Karah, who I started my book club book club Belletrist with. She’s kind of always my holidate. We spend the holidays in the same place for the most part, so she’s always my holidate. But as for a celebrity [who’s] living or dead, I would love to be holidating with Joan Didion.

LUKE BRACEY: I’m gonna go your route as well, and I’m [going] with my best mate, Wil. Hel is just the most fun bloke you’ll ever meet in your life, and he’s just the perfect guy to take anywhere because he’s just this ball of energy and this giant smile and this billowing laugh. He’s just kind of the perfect bloke to take anywhere. So yeah that’ll probably be the one. When it comes to people, past or present…

EMMA: I want to know!

LUKE: I was just watching some funny videos. A Kristen Wiig [for a holidate] would be just hilarious.

EMMA: That’s what I was just going to say! Okay. We both choose Kristen Wiig. Yeah, I was literally gonna change my answer to Kristen Wiig. I want both. I want Joan Didion and Kristen Wiig. I’ll take you and Will too. We can go as a group.

Holidate launches globally on Netflix this October 28. For more information regarding this title, you can keep checking back on its official Netflix page. 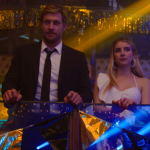 This new movie is already looking like the perfect 'kilig' watch during the holiday season!