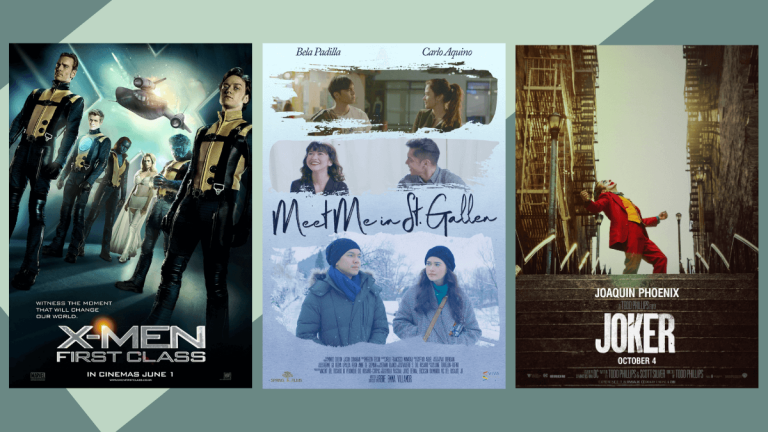 Isn’t it a bummer when you see your favorite movie already playing halfway through when you turn on the TV? Fret not! From rom-com and action to horror and thriller, we’re giving you a heads up on all the must-watch movies on TV from November 2 to 8, 2020.

Aquaman
(1:15pm, HBO)
Half-human, half-Atlantean Arthur is born with the ability to communicate with marine creatures. He goes on a quest to retrieve the legendary Trident of Atlan and protect the water world.

X-Men: First Class
(2:10pm, FOX Movies)
During the Cold War, fellow mutants Charles Xavier and Erik Lehnsherr join forces with other mutants to save humanity from a nuclear attack and a possible world war.

A Secret Affair
(3:15pm, PBO)
Rafi, happy with her partner, Mark is respected for her beauty and personality. Then a major life decision changes everyone’s opinion about her, and a happy-go-lucky woman captures Mark’s attention.

Spider-Man 3
(3:40pm, HBO)
Peter Parker becomes one with a symbiotic alien that bolsters his Spider-Man avatar and affects his psyche. He also has to deal with Sandman and maintain a fragmented relationship with Mary Jane.

You Changed My Life
(4pm, Cinema One)
Miggy and Laida settle into their lives as a couple, but their successful careers soon threaten to tear them apart.

Meet Me in St. Gallen
(11am, PBO)
Celeste and Jesse have a one-night stand and then go their separate ways, only to end up meeting again in St. Gallen, Switzerland.

Captain America: The First Avenger
(11:10am, HBO)
During World War II, Steve Rogers decides to volunteer in an experiment that transforms his weak body. He must now battle a secret Nazi organisation headed by Johann Schmidt to defend his nation.

And I Love You So
(5pm, Cinema One)
A widow mourning her husband meets two interesting men.

Men In Black 2
(5:30pm, FOX Movies)
Agent J learns about a mysterious alien who is searching for the Light of Zartha on Earth. However, he seeks help from his former partner, Agent K, who has retired and had his memories wiped.

Paranormal Activity 4
(10pm, Cinemax)
Alex experiences strange events after she meets her neighbour’s son Robbie. Her life turns into a nightmare when one by one all her dear ones are murdered.

Dreamgirls
(12pm, HBO)
After Curtis recognises the singing talent of three women at a show, he helps them attain stardom. One of the artists gets attracted to him but is heartbroken when he removes her from the band.

Night at the Museum 2
(4:05pm, FOX Movies)
Larry Daley has to infiltrate the Smithsonian Institution to rescue Jedediah and Octavius after they are accidentally shipped there along with a few artefacts.

Moulin Rouge!
(9:55am, HBO)
Christian, an English writer, travels to Paris to join the Bohemian revolution. He visits the city’s biggest night club, Moulin Rouge, and falls in love with its star performer and courtesan, Satine.

In Time
(2:10pm, Cinemax)
In a future where people stop ageing after 25 and need to buy time to live, the rich become immortal while others cease to exist. So, Will is on the run with a hostage in a desperate bid to survive.

Till My Heartaches End
(5pm, Cinema One)
Two young lovers are forced to choose between their relationship and their dreams.

The Lion King
(9pm, FOX Movies)
Simba, a young lion prince, flees his kingdom after the murder of his father, Mufasa. Years later, a chance encounter with Nala, a lioness, causes him to return and take back what is rightfully his.

Charlie’s Angels
(2:05pm, HBO)
Natalie, Dylan and Alex are three beautiful and uniquely talented tough girls are given the task of finding the kidnapped owner of Knox Enterprises, Eric Knox, by their millionaire boss, Charlie.

Mr. & Mrs. Cruz
(3:30pm, PBO)
Raffy and Gela find themselves taking off for Palawan to escape the not so great realities of their current lives and catch up on their respective me-time. But as fate would have it, they find themselves meeting and enjoying each other’s company.

Charlie’s Angels: Full Throttle
(3:40pm, HBO)
The Angels track down rings containing the names of those in the FBI’s witness protection programme. However, the witnesses begin to get murdered one by one.

Avengers: Endgame
(4:10pm, FOX Movies)
After Thanos, an intergalactic warlord, disintegrates half of the universe, the Avengers must reunite and assemble again to reinvigorate their trounced allies and restore balance.

Red
(10pm, Cinemax)
Frank Moses, a former black-ops agent, learns that his life is under threat from an assassin. In a bid to protect himself, he reunites with his old team to nab the man who has vowed to kill him.

Guardians of the Galaxy Vol. 2
(12nn, Cinemax)
After a successful mission, Quill and his team of galactic defenders meet Ego, a man claiming to be Quill’s father. However, they soon learn some disturbing truths about Ego.

Paano Na Kaya
(5pm, Cinema One)
Two longtime friends become romantically involved after he gets dumped by a girlfriend.

Taken 2
(2:30pm, Cinemax)
Bryan Mills, a former CIA agent, and his ex-wife, Lenore, are taken hostage by a ruthless gang in Albania. However, his daughter Kim helps Bryan break free and rescue Lenore.

X-Men: Days of Future Past
(9pm, FOX Movies)
Wolverine travels back in time to stop Mystique from assassinating Bolivar Trask, whose death leads to the creation of the Sentinels, which are robots designed to kill mutants.

Night at the Museum 2: Battle of the Smithsonian

Till My Heartaches End

X-Men: Days Of Future Past