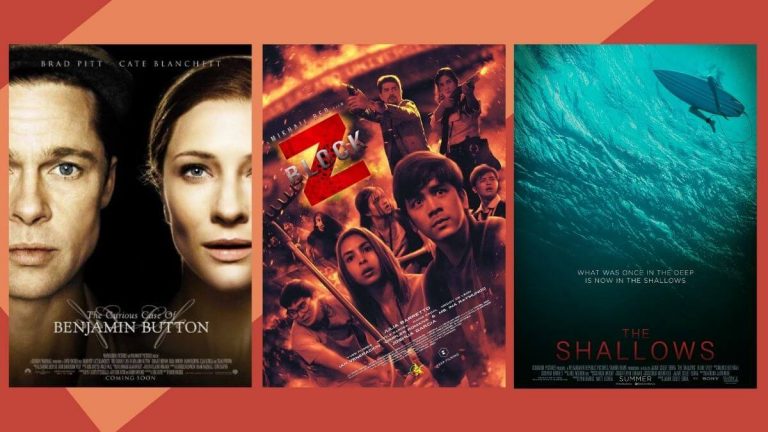 Isn’t it a bummer when you see your favorite movie already playing halfway through when you turn on the TV? Fret not! From rom-com and action to horror and thriller, we’re giving you a heads up on all the must-watch movies on TV from September 21 to 27, 2020.

Home Alone 3
(4pm, HBO)
Eight-year-old Alex fends off thieves who are trying to acquire a top-secret computer chip that they have hidden in his toy car, with which they intend to help a terrorist group.

Ant-Man
(7pm, FOX Movies)
Scott, a master thief, gains the ability to shrink in scale with the help of a futuristic suit. Now he must rise to the occasion of his superhero status and protect his secret from unsavoury elements.

The Signficant Other
(9pm, Cinema One)
A rising fashion model becomes friends with her idol. Things get complicated when they realize they are in love with the same man.

Kita Kita
(9:30pm, PBO)
In one horrible moment, her entire world clouds over. It takes an unlikely stranger to help her see its beauty again.

Anastasia: Once Upon A Time
(3:40pm, HBO)
Rasputin sends Princess Anastasia through a magical portal back in time, as Lenin is about to destroy the Romanov family.

Captain America: Civil War
(6:30pm, FOX Movies)
Friction arises between the Avengers when one group supports the government’s decision to implement a law to control their powers while the other opposes it.

The Curious Case of Benjamin Button
(7:15pm, HBO)
As a child, Daisy meets Benjamin Button who suffers from a rare ageing ailment wherein he ages backwards. They keep in touch as she gets older and he turns younger.

Praybeyt Benjamin
(9pm, Cinema One)
When civil war breaks out in the Philippines, a gay dance teacher is forced to join the military in order to spare his ailing father.

This Time
(9:30pm, PBO)
Childhood friends start having feelings for each other, but a long-distance relationship becomes a great challenge for both of them.

Freedom Writers
(4:35pm, Cinemax)
Erin Gruwell teaches a class of at-risk students who are divided by their race and harbour animosity against one another. Soon, she decides to unite them and pursue education beyond high school.

Talk Back and You’re Dead
(5pm, Cinema One)
Samantha falls in love with a hot-headed guy named Top, the leader of a gang.

Star Wars: The Force Awakens
(5:10pm, FOX Movies)
A new order threatens to destroy the New Republic. Finn, Rey and Poe, backed by the Resistance and the Republic, must find a way to stop them and find Luke, the last surviving Jedi.

X-Men: Dark Phoenix
(2:55pm, FOX Movies)
After a mishap, Jean Grey is struck by a powerful ray of energy which she absorbs into her body, turning her into an uncontrollable liability for the X-Men.

Dreamgirls
(3:05pm, HBO)
After Curtis recognises the singing talent of three women at a show, he helps them attain stardom. One of the artists gets attracted to him but is heartbroken when he removes her from the band.

Elektra
(8:20pm, Cinemax)
Elektra, a warrior, faces a life-threatening situation, after which she decides to work as an assassin. When she is tasked to kill an innocent man and his daughter, she decides to protect them.

Block Z
(9pm, Cinema One)
A group of university students must band together in order to survive a deadly viral disease outbreak.

House of Wax
(10:50am, Cinemax)
A group of friends stranded on the way to a football match approach an abandoned wax museum for help. But the events that unfold find them running from the murderous brothers who manage the place.

Angel Has Fallen
(11:40am, HBO)
Mike Banning, a secret service agent, is assigned to protect the US president. Things take a turn when Mike is falsely accused of carrying an attack on the president while on a fishing trip.

Fantastic Beasts: The Crimes of Grindelwald
(6:50pm, HBO)
Gellert Grindelwald plans to raise an army of wizards to rule over non-magical beings. In response, Newt Scamander’s former professor, Albus Dumbledore, seeks his help to stop him.

Frozen II
(7:10pm, FOX Movies)
No matter how happy Elsa is to be surrounded by the people of Arendelle, Elsa finds herself strangely unsettled. After hearing a mysterious voice call out to her, Elsa travels to the enchanted forests and dark seas beyond her kingdom — an adventure that soon turns into a journey of self-discovery.

The Mall, The Merrier
(9:15pm, PBO)
Two siblings fight for ownership of their parents’ mall.

Charlie’s Angels: Full Throttle
(4:20pm, HBO)
The Angels track down rings containing the names of those in the FBI’s witness protection programme. However, the witnesses begin to get murdered one by one.

Starting Over Again
(7pm, Cinema One)
Architecture student Ginny and history professor Marco fall in love, bringing out the best in each other until their break up. Years later, the two meet again on a joint project.

The Silence of the Lambs
(9pm, Cinemax)
Clarice Starling, an FBI agent, seeks help from Hannibal Lecter, a psychopathic serial killer and former psychiatrist, in order to apprehend another serial killer who has been claiming female victims.

John Wick Chapter 3: Parabellum
(11:50am, HBO)
John Wick is declared excommunicado and a hefty bounty is set on him after he murders an international crime lord. He sets out to seek help to save himself from ruthless hitmen and bounty hunters.

Austin Powers in Goldmember
(2:25pm, Cinemax)
Austin Powers chases after Dr Evil, Mini-Me and Goldmember through time when they kidnap his father. He stops in 1975 for Foxxy Cleopatra’s help, his ex-girlfriend, and track down the kidnappers.

Harry Potter and the Deathly Hallows Part 1
(4:25pm, HBO)
After Voldemort takes over the Ministry of Magic, Harry, Ron and Hermione are forced into hiding. They try to decipher the clues left to them by Dumbledore to find and destroy Voldemort’s Horcruxes.

Harry Potter and the Deathly Hallows Part 2
(6:50pm, HBO)
Harry, Ron and Hermione race against time to destroy the remaining Horcruxes. Meanwhile, the students and teachers unite to defend Hogwarts against Lord Voldemort and the Death Eaters.

The Shallows
(9pm, FOX Movies)
Nancy travels to a secluded beach following the death of her mother. While surfing, she gets attacked by a great white shark, which leaves her stranded on a rock 200 yards from the shore.